Register for Financial Planning Today website for FREE to view more stories and get our daily newsletters. Click on 2 stories to see Registration pop up.
Friday, 12 August 2016 08:59

Advisers told they're missing out on clients by failing to sponsor 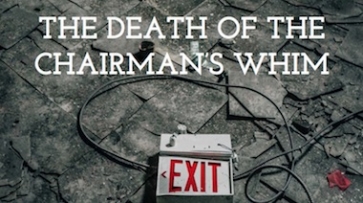 Advisers have been told they are missing out on ways to attract new clients by failing to get involved in sponsorship.

They have been urged to ditch their scepticism and rethink how sponsoring an event or activity can benefit their business after a poll 49% don’t get involved.

Michael Taggart, director (social & digital) at MRM, which carried out the work for a new report, said: “For many financial advisers the concept of sponsorship can be transformative for their firm. Yet our research reveals that many still need to be persuaded about the benefits it can bring to their business.

“Ultimately, from both a business development and social responsibility standpoint, sponsorship truly makes sense, and we urge those sceptical of its benefits to take a step back and think again about how it can play a bigger part in their day-to-day work.”

Chartered Financial Planner Martin Bamford, Managing Director of Informed Choice in Surrey, told the report his business has found sponsorship of community events can be a lucrative way of acquiring new clients. Sticking to local events, such as flower shows and 10k races, means he gets the most bang for his buck, he explained.

He said: “At a time when the pressures on advisers to compete in the face of market and regulatory upheaval are bigger than ever, it’s easy for advisers to cast aside some of the tools in the marketing armoury which can help boost their business. Sponsorship is one of those strands of activity, which, implemented successfully, can pay dividends in the commercial long run.

“Speaking from personal experience, sponsorship has to be one of the pivotal strands to any successful marketing strategy. Aside from being a necessary business development tool, it’s also a fantastic way for advisers to engage with their local communities – both in terms of striking up new business relationships and through championing worthwhile causes.

MRM’s report entitled The Death of the Chairman’s Whim: making the most of your sponsorship in a digital age, assesses the current state of corporate sponsorship and its future relevance to financial advisers in “an era when social media is setting the agenda more than ever”. This details how advisers can broaden their involvement in sponsorship initiatives.