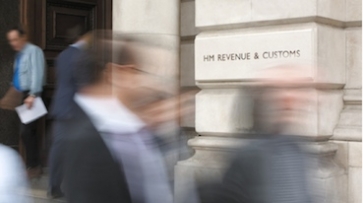 Tax evaders face fines costing them three times as much as the amount of tax they try to evade under new plans.

HM Revenue and Customs today revealed “tough new sanctions”. Those who do not come forward and pay outstanding taxes from offshore investments and accounts may have to pay up to three times the tax they try to evade in penalties, officials said this morning. There would also be increased risk of criminal charges.

Officials said that HMRC will be more able to target evaders from October 2016, when it starts to receive an “unprecedented amount of data” on those with offshore accounts in the Crown Dependencies and Overseas Territories.

This will be one year ahead of even more data coming in from across the globe, when the Common Reporting Standard comes into force, HMRC explained.

The Financial Secretary to the Treasury, Jane Ellison, said: “Every penny of tax that people evade deprives our public services of essential funding and we are focused on collecting all tax that is due.

“From October we will start to receive data on the offshore finances of UK taxpayers. This is a game-changer in the fight against evasion and it’s time for anyone who is evading tax to do the right thing and pay what they owe.”

Director General of Enforcement and Compliance for HMRC, Jennie Granger, said: “HMRC is getting tougher on tax evasion. It's a crime which unfairly places a greater burden on the vast majority of people and businesses who pay the tax that they owe on time.

“We are determinedly tackling this. We will find those who think they can dodge paying tax in this country. We’ve closed old disclosure facilities, increased penalties, and ramped up our powers to tackle evaders and those that help others evade - the days of any safe havens for tax evaders are numbered.

“Our message is simple – come to us pay the tax and penalties that are due, before we target you with the introduction of even tougher sanctions and game-changing data."

Alongside these changes, HMRC will open its Worldwide Disclosure Facility from the 5September 2016. The WDF, announced at Budget 2015, allows those with outstanding tax to pay to put their affairs in order and will offer no special terms.

HMRC reported that in 2014-15 it brought in £26.6 billion from tackling tax evasion and avoidance and since 2010 it has raised more than £2.5 billion from offshore evasion initiatives.

More in this category: « 'Misconceptions about investing must be addressed' CISI and CII to hold talks over Paraplanning standard »
back to top