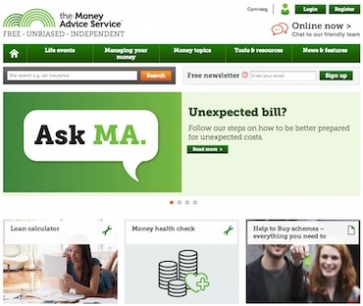 A new government body offering money and pensions guidance and debt advice to consumers is to be set up to provide a one-stop source for personal finance advice.

The move will expand on plans to replace the Money Advice service with a new, leaner body and the combination of the Pension Advisory Service (TPAS) and Pension Wise but has caused raised eyebrows among some Financial Planners concerned about the cost and the potential undermining of their own commercial financial advisory services.

Leading Financial Planner Martin Bamford tweeted at the weekend: “I can't wait to start paying for their television, radio and print advertising!!” Financial adviser Al Rush tweeted in response: “Not to mention the weekend team building in country hotels. £400m wasted. And nothing is likely to change.” Mr Bamford says he will write to his MP about the matter.

“Ultimately guidance can only go so far and there needs to be clear signposting to regulated advice from the new guidance body. This must be accompanied by a clear explanation not just of the cost of advice but of the value it can add to those making complex retirement choices.”

The government says that the combined service will help consumers find the help they need more easily on key financial matters from budgeting to getting their pensions questions answered.

The Economic Secretary Simon Kirby and the Pensions Minister Richard Harrington announced at the weekend that they would “take forward” plans to develop a single public financial guidance body responsible for delivering debt advice, money and pensions guidance to the public.

Earlier this year the government consulted on setting up a two body delivery model for government-sponsored guidance. This included replacing the Money Advice Service (MAS) with a new, streamlined, money guidance body, and bringing together the Pensions Advisory Service (TPAS) and Pension Wise into a new, pension guidance body.

Economic Secretary to the Treasury Simon Kirby said: “We strongly believe that creating one public guidance body is the best way of making it as easy as possible for people to access the help they need to get their financial questions answered

The Minister for Pensions, Richard Harrington said: “A single guidance body will be more efficient and will help consumers make the right financial decisions, and we are committed to ensuring people can access the best free and impartial financial guidance possible.”

The next steps will involve consulting on the best way to design a single body model so legislation to create new public financial guidance bodies will not be included in the Pensions Schemes Bill, say ministers.