Register for Financial Planning Today website for FREE to view more stories and get our daily newsletters. Click on 2 stories to see Registration pop up.
Wednesday, 23 November 2016 12:37 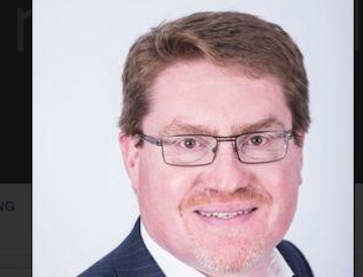 A consultation looking at a new law to ban pension cold calls has been announced by the Government this afternoon.

In the Autumn Statement, Chancellor Philip Hammond has revealed, as expected, measures examining how such unsolicited phone calls could be outlawed.

Mr Hammond said he would consult on how best to ban pensions cold calling and a wider range of pension scams.

The Treasury documents stated: "A consultation before Christmas will look at ways to tackle pensions scams, including banning businesses from cold calling someone about their pension. This includes scammers targeting people who inadvertently ‘opt-in’ to receiving third party communications."

This follows a campaign by Chartered Financial Planner Darren Cooke, who set up a petition which won widespread industry backing.

It won the support of ex-Pensions Minister Ros Altmann and Steve Webb and firms such as Royal London, Zurich and Aegon.

The initial sponsors of the petition included a number of Financial Planners and among the first five were: Martin Bamford, of Informed Choice,  Scott Gallacher, of Rowley Turton , Al Rush, of Fiver a Day,  Chris Daems, of Cervello,  Phillip Bray, of Sense Network.

Mr Cooke said: “Banning cold calling would dramatically reduce the number of people falling prey to fraudsters and losing their savings and pensions.”

He set out with a “singular aim to cut off cold calling” and to “cut off the head of the many headed snake” of scammers.

Rachel Vahey, product technical manager at Nucleus, said: "We are very pleased the government has taken the first steps in tackling the widespread problem of pension cold calling by launching a consultation into the matter.

"It was an adviser that brought this to the Treasury’s attention which highlights how advisers work on the front line with their clients and have superior knowledge of their clients and their financial matters which should be taken into account.

"Although a complete ban on cold calling may be difficult, especially if made from overseas, we believe it is important to keep on working towards an effective solution.

"We want to see a ban on calls in the UK is an important first step but we also want the ban to include texts and emails, especially as we move towards a more technologically developed world. We also would like the government to work with other countries to establish an international campaign to tackle the problem of overseas calls.

"One thing we would point out is that the government needs to be careful in banning all unsolicited calls. Scheme administrators should still be able to contact potential beneficiaries (who they may not have a relationship with up to now) about death benefits when a pension scheme member dies."

Angela Brooks, director of Pension Life, set up to identify and prevent pension scams, said: “We are cautiously optimistic about the Chancellor’s vow to consult on banning pensions cold calling.

“Pension Life is currently working on rescuing hundreds of victims of £1.7bn worth of lost pension funds. Many of these people were scammed out of their retirement income due to such cold calling practices.

"The Pension Life team and their many supporters in the industry are very pleased that at long last the government’s shameful policy of inaction appears to have made one small corrective step in the right direction.

"However, it is a step that could be a complete waste of time and indeed counterproductive - if it is not reinforced by a number of other essential measures - otherwise the scammers' cold-calling operations will simply change tactics.

“What the government does next must be examined faithfully in the context of the DWP's historical failures to address the question of pension and investment scams this past couple of years.”

Tom Selby, senior analyst at AJ Bell, said: “The pensions cold-calling ban is a great intervention in the battle against scammers and we are looking forward to seeing the detail of the consultation before Christmas.

"However, more can be done and the cold calling ban must be viewed as the start of a long term drive to defeat pension fraudsters and not the final solution."

Malcolm McLean, senior consultant at Barnett Waddingham, said making pension cold calling a criminal offence is "long overdue and arguably should have been introduced at least two years ago".

He said: “Whatever the merits or demerits of pension freedoms, there is little doubt they increased the scope for the scammers to target many more vulnerable people, who in many cases for the first time had access to large cash amounts.

“The government’s plan whilst welcome is unlikely to put a stop to this pernicious type of fraud altogether, for example in relation to unsolicited emails or calls from abroad."

Jamie Smith-Thompson, managing director at pensions firm Portafina, said: "The big news for the pensions industry is the potential ban on cold calling, which is long overdue. We do need to be open to the fact that it isn’t going to eradicate pension scams, though. To have the best chance of succeeding a public awareness campaign should also be considered, so that when people receive a cold call about their pension, they’ll know that it definitely isn’t from a regulated firm."

More in this category: « Planner: Don't let cold call ban fail due to investments Lords to ask: Is finance education in schools working? »
back to top