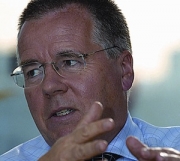 Showing my age, one of my all time favourite Motown songs is: “The world is like a great big onion” by Marvin Gaye and Tammi Terrell. I am reminded of this classic at every budget or autumn statement because our pensions world has been growing like an onion – with layer upon layer of complexity added almost every time the Chancellor gets to his feet.

This week’s statement by Philip Hammond was no exception – although compared with some of the recent pensions taxation earthquakes the announcement regarding the money purchase annual allowance (MPAA) hardly registered on the Richter scale. At this stage it is simply a proposal – and to that extent we should perhaps be grateful that there is a 12 week consultation period ending on the 15th February 2017.

There are just two questions posed in the consultation document:
“Do you agree that a £4,000 MPAA would minimise re-cycling pensions savings ………. & that the new MPAA will allow the continued successful roll-out of automatic enrolment?” and
“Is there any evidence that setting the MPAA at £4,000 would impact disproportionately on particular groups?’’

Reading the short consultation document there seemed to be precious little justification for more tampering with the 50,000 pages of pensions legislation - my estimate. The rationale is to prevent –or rather limit – the opportunity to recycle pensions savings and to minimise the impact on the future development of auto-enrolment – whatever that maybe. No figures are given on the extent of current pensions recycling as a result of the MPAA – and obviously without knowing the outcome of the 2017 auto enrolment consultation it’s impossible to quantify the impact of the MPAA.

To me the proposal seems to be nothing more than another small swipe at pensions tax relief – confirmed I would suggest by the comment in the consultation paper that “if a person wishes to re-build savings beyond £4,000 there are other products into which they can save.” ISAs are mentioned and of course the annual ISA contribution limit is due to increase to £20,000 from next April. And there’s no mention of recycling of ISA savings!

I can understand that there was no appetite to revisit the broader pensions tax relief issues at this point – but I simply cannot comprehend why it is necessary to make a further change to a pensions taxation landscape which is already a minefield. That was brought home to me only last week when a well known investment expert mentioned to me that he had inadvertently lost his Lifetime Allowance (LTA) protection as a result of being auto enrolled. He admitted it was his fault but it seems that pensions savers are starting to resemble speeding motorists subjected to random speed cameras. The reduction in the LTA from April next year will only make matters worse.

Surely it’s time for the industry to say “enough’s enough” – the pensions onion is just too big. The cost of administering the hideously complex pensions tax rules must now run into billions of pounds – it may keep unemployment rates down but it’s at odds with the chancellor’s aims of raising productivity.

Andy Bell recently proposed the establishment of an independent Pensions Tax Commission. I proposed something similar many years ago – before pensions “simplification” – with the aim of securing a long term political commitment to stability in the pensions tax relief. I really believe the industry should get behind Andy’s latest initiative and make the politicians appreciate the debilitating impact of constant change.

We can certainly applaud initiatives like the Chancellor’s planned consultation on how best to ban pensions cold calling and a wider range of pension scams. But the complexity of the current rules is one of the main reasons why so many pensions savers can be so easily exploited. Plagiarising the lyrics of “The Onion Song” - “Oh, & the only way to get rid of this great big (pensions) onion is to plant fresh (simple) seeds until it dies, uh huh!”

More in this category: « Moret Blog: It's Sipps Nigel but not as we know them John Moret: Where does the SIPPs buck stop? »
back to top