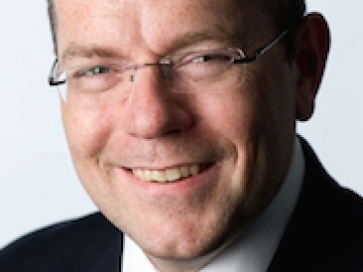 Christopher Woolard, executive director of strategy and competition at the FCA

ISA interest rates are as low as 0.05% among 32 mainstream providers, a probe has shown, as new rules come into force today.

The FCA has this morning unveiled the lowest interest rates available for easy access cash ISAs and cash savings accounts.

TSB and Marks and Spencer Bank were listed, under closed accounts, as providing 0.05% rates for ISAs. However, M&S said the FCA figures were out of date. See statement below.

Ulster Bank and Danske Bank had the lowest cash savings rates in the published list, standing at just 0.01% at 1 October. The list does not represent what every customer is earning, officials stated.

The FCA’s third and final ‘sunlight remedy’ data set, is designed to “shine a light on firms’ strategies towards their long-standing customers”. It is part of broader measures aimed at delivering better outcomes for customers of cash savings accounts, the regulator said.

Firms will also have to “clearly remind” consumers about changes in interest rates or the end of an introductory rate, the FCA stated, while being required to provide a quicker and easier switching process. 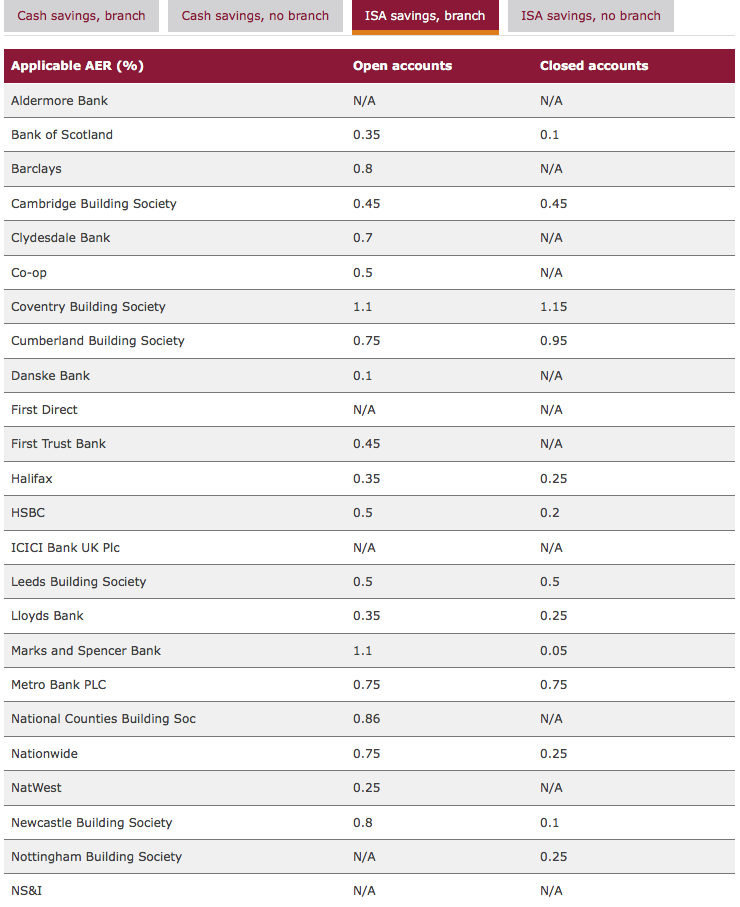 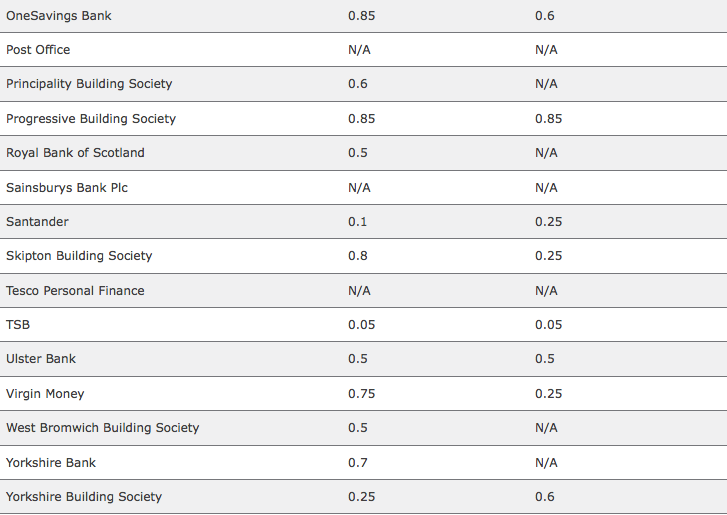 Christopher Woolard, executive director of strategy and competition at the FCA, said: “The new rules coming into force today will help consumers get the facts they need to make an informed decision about what to do with their savings.

“In a well-functioning market, providers should be competing to offer the best possible deal to consumers. Our sunlight remedy data shows that some consumers could be better off by opening a different account.

“One of our regulatory priorities is the treatment of long-standing customers and we want to see all customers benefit from competition and innovation in financial markets.”

While the sunlight data deliberately focuses on the lowest possible rate that might be earned by a consumer, and does not represent what every customer is earning, it continues to show that some consumers could be better off by opening a different account, the FCA said.

The FCA has committed to publish an industry target for seven day cash ISA switching. The British Bankers Association, the Building Societies Association and Tax Incentivised Savings Association have agreed that from next year, a minimum of 80% of cash ISA transfers will be carried out within seven working days. They have also committed to carry out a study on improving this further.

The FCA previously reported that approximately 66% of all transfers were being completed within seven days. The industry will publish details of its performance against the target quarterly, starting in April 2017.

Following publication, M&S said the FCA data referred to a rate which it hasn’t offered to new customers since 2012 and it also moved all legacy customers on to its Advantage Cash ISA in October this year.

An M&S Bank spokesperson said: “M&S Bank offers a wide range of savings products to meet various customer needs, including a monthly saver with a rate of 5% AER, our Advantage cash ISA at 0.80% AER, and a range of other fixed and instant access products.

“Our Flexi Cash ISA account was closed to new business in February 2012. The majority of our customers moved onto an instant access or fixed rate savings products, leaving less than 2% of our savings customers still holding a Flexi Cash ISA in October this year,

More in this category: « Average age of mums and dads rises by almost 4 years Bellpenny Financial Planning boss exits for advice firm »
back to top