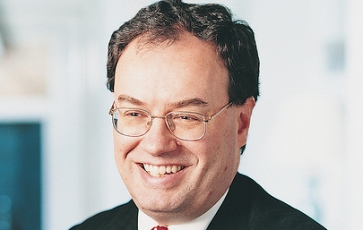 The FCA’s chief executive has warned some pension providers they must take action quickly after the regulator found customers were still at risk of high costs and charges.

While firms have made “significant progress” to reduce cost and charges, a FCA and DWP report said this morning that for 16% of the assets under management in contract-based schemes, and 15% in trust-based schemes, the progress was “unsatisfactory or unclear”.

These customers were “still at risk of high costs and charges”.

A statement read: “The FCA and DWP will shortly be contacting these providers and will expect them to explain the reasons behind this and to ensure that savers are being treated fairly.”

Andrew Bailey, FCA chief executive, said: “There is still more to do so we will be contacting the providers who have not yet taken satisfactory actions to remedy poor value schemes and we expect them to act swiftly to ensure good value for customers.”

Mr Bailey said there had been “good progress towards the goals” of meeting recommendations of the Independent Project Board.

But he added: “This is not the end of the story.”

The IPB was established in response to the Office of Fair Trading’s 2013 market study which found that £30 billion of savers’ funds in defined contributions workplace pensions were at risk of delivering poor value for money.

Mr Bailey said: “Pension providers look after the savings of millions of customers and it is vital that they provide good value for money. Firms should continue to work to ensure that value for money is being consistently delivered.”

Richard Harrington, Minister for Pensions, said: “I am pleased that more than a million pension savers will benefit from our push to curb excessive charges in legacy schemes.

“Nevertheless, some people are still at risk of high charges, so I shall be seeking assurances from the providers of those schemes, that they will be taking steps to resolve this issue.”

The IPB recommended that scheme providers put in place plans, by the end of 2015, to reduce fees and charges to provide better value for money. As a result of this work, over a million customers within contract-based and trust-based schemes are now subject to lower charges than before, the report stated.

The report added: “A small number of providers have put in place actions that rely on a response from another party, such as individual customers or the trustees of the scheme. Once received, this will improve the overall position across the industry further.

“Both the FCA and the DWP will continue to work with providers to ensure that customers are not being disadvantaged over the long-term, especially if responses have been slow or low in number.”

More in this category: « Hundreds to attend CISI-IFP Financial Planning Conference New suitability report guidance released after talks with FCA »
back to top