Register for Financial Planning Today website for FREE to view more stories and get our daily newsletters. Click on 2 stories to see Registration pop up.
Wednesday, 11 January 2017 09:22 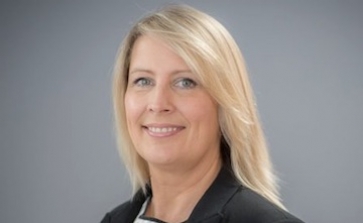 North West firm Acumen Financial Partnership has added to its team with the appointment of Joanne Wilden DipPFS.

She joins Acumen, based in Burscough, Lancashire, from Charles Stanley in Liverpool.

She has worked in financial services for more than 20 years, after beginning her career at ADA Independent Financial Advisers in Southport, where she remained for nine years.

She then took up a position at Griffiths & Armour Insurance Brokers in Liverpool, which was acquired by Charles Stanley in 2008. During her time at Griffiths & Armour, she progressed from an administrative role to achieve a Diploma in Financial Planning. After gaining the qualification, she worked as a Paraplanner for 11 years, followed by stints at David Roberts and Partners and Plus Group.

Angela Maher, managing director at Acumen Financial Partnership, said: “Having another new face join our team is the perfect way to start 2017 and we’re proud to welcome Joanne aboard.

“Joanne holds the Diploma in Financial Planning and has spent 11 years as a Paraplanner so we’re gaining a very knowledgeable and experienced new member of staff.”

Within the last year, the firm, which was formed in 2006, moved to new premises in Burscough and broke the £100m barrier for funds under management.

More in this category: « Ex-Financial Planner entices advisers to EISA with fee cuts Men more likely than women to complete tax return on time »
back to top