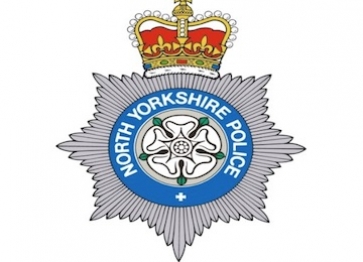 A former financial adviser has been jailed for eight and a half years over investment fraud totalling more than £6 million.

Sascha Lee Morris, 46, originally from Killinghall, Harrogate, was found guilty of one count of Fraudulent Trading and two counts of Fraud at Leeds Crown Court.

North Yorkshire Police reported Ms Morris had committed the crimes between May 2004 and December 2008, during which, she conned a number of investors into losing millions of pounds for her personal gain.

Ms Morris’ crimes centred round the investment of off-plan properties in Cyprus.

The police statement read: “Between May 2004 and May 2007, Ms Morris was part of a fraudulent business, which encouraged investors to hand over money to secure the ownership of off-plan properties in Peyia, Emba and Paphos, Cyprus. She convinced them to invest early in the development stages, convincing the investors they could go on to sell the property prior to completion and benefit from significant returns.

“When there were no real buyers on completion of the projects, investors were forced to make further payments that they had never expected, and could not afford to make.

“Between December 2007 and December 2008, Morris also convinced two groups of investors to plough large sums of cash into a fraudulent company that she said would fund property development in Peyia, Paphos and Larnaca. She falsely promised very desirable financial returns on this investment. The investor’s money was lost.”

The Officer in the case, DC Nicky Hancock, from North Yorkshire Police’s Major Fraud Investigation Team, said: “Sascha Morris spent years conning her victims out of millions of pounds. They believed they were going to benefit from their investment, but the terms and conditions she was offering them were simply based on lies and her own greed.

“I am satisfied that justice has been done. I have seen the significant impact this type of crime has on its victims and it can be devastating.

“I am pleased Ms Morris is now behind bars and cannot commit further crime and con innocent people out of their hard earned money.”

“It demonstrates not only our ability to bring criminals like Ms Morris before the courts, but our determination to deliver justice for victims.

“I hope today’s sentencing serves as a clear message to anyone who thinks they can commit fraud in North Yorkshire – it will not be tolerated and we will ensure you face the full force of the law”.

More in this category: « New Paraplanning Standard unveiled next week Surge in enquiries about transfer of UK pensions overseas »
back to top