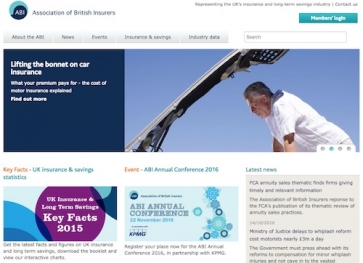 The Association of British Insurers has today called for the tax relief crackdown on pension freedom users to be put on hold, adding its weight to the growing opposition to the MPAA changes.

Plans to cut the amount that can be saved tax free in pensions could be counterproductive, warns the ABI.

The association has urged Government not to “punish” people who access pension freedoms early by reducing the maximum amount of pension savings that qualify for tax relief – known as the Money Purchase Annual Allowance (MPAA) - from £10,000 to £4,000.

Responding to the Government consultation on reducing the MPAA, the ABI said any change was likely to discourage people from saving into their pensions when they are still a long way from retirement. The ABI says it recognises the concerns the Government has about potential exploitation of tax relief but is calling for a delay in a decision while further evidence is gathered.

Yvonne Braun, director of policy, Long-term Savings and Protection at the ABI, said: “Reducing the incentives for people to save for their retirement should not be contemplated lightly. People who have used the pension freedoms as intended will be penalised by this change for saving further for their retirement.

“At a time when we are encouraging people to work for longer and to save for their retirement through auto-enrolment, it seems contradictory and counterproductive to limit their options to do so through a reduction in the MPAA.

“It is too early to judge the effects of the pensions freedoms in this area, so we are asking the Government to delay its decision until enough evidence becomes available.”

Many leading providers, Financial Planners and industry bodies have now called for the government to do a U-turn on the proposals or at least defer them for further evaluation. The government announced the proposals as a way to cut down on ‘recycling’ of tax relief by people who access their pension early under the pension freedoms and then reinvest some of the money accessed back into their pensions.

More in this category: « Paraplanner recruited by planning firm as new head of advice FCA orders £12.5m redress over insurance blunder »
back to top