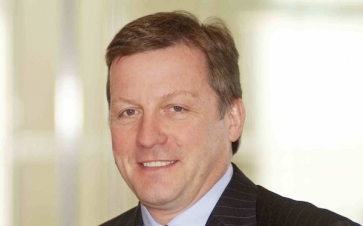 Adrian Grace, chief executive of Cofounds owner Aegon, says improving the Cofunds’ “user experience” to follow the success of companies such as Amazon is a key aim.

Talking as Aegon announced record platform growth with assets up by £7bn in 2016 in its fourth quarter figures, he said that underinvestment in the past had left Cofunds’ user experience trailing behind, something
he pledged to rectify.

He said there was a new roadmap for Aegon / Cofunds integration and this would be outlined in March at the next Advisory board meeting.

He said: “There’s a lot of momentum behind the Cofunds deal which completed on 1 January. We’ve already had productive discussions with users of both Cofunds’ and Aegon’s platforms via our Advisory Board and recently launched an Adviser Panel to gather feedback from a wider group. It’s encouraging that our plans to combine the best of Aegon and Cofunds have been well received.

“At the next Advisory Board meeting in March we’ll outline a roadmap detailing further information on timings for our technology upgrade approach. This will focus on extending functionality to both sets of users through an enhanced version of the Aegon platform which is under development. Cofunds users will benefit from a reduction in paper and an integrated pension, for example, while Aegon users will benefit from features like pre-funding and debit card transactions.

Mr Grace added that the investment in Cofunds came against a backdrop of great challenges for the platform sector as a whole.

He said: “In recent years the pace of regulatory change for platforms has been relentless. They’ve had to contend with the Retail Distribution Review and pension freedoms in particular and as a result investment has focused to a large extent on remaining compliant and just keeping up with the changes.

“This has meant underinvestment in user experience across the board and if we look outside our industry, we see the businesses that are successful are those that make life as easy as possible for their customers. Amazon is a prime example of a business that has been successful largely because it’s so intuitive and understands its customers. The next big challenge for our industry is to invest in the user experience while continuing to keep pace with regulation, which will no doubt continue to evolve.”

Mr Grace commented: “2016 was a game changing year for Aegon and by selling our annuity book and acquiring both Cofunds and BlackRock’s DC platform, the business has a very clear focus. A combination of factors including the pension freedoms, investment uncertainty and an increased demand for advice on transfers from defined benefit schemes is creating strong demand for financial advice. Against this backdrop our goal is to help advisers and other intermediaries meet this demand by offering the best tools and service and by not competing for distribution, we believe we’ll be successful.”

More in this category: « FCA orders £12.5m redress over insurance blunder 67% of financial services staff bored at work »
back to top