Register for Financial Planning Today website for FREE to view more stories and get our daily newsletters. Click on 2 stories to see Registration pop up.
Tuesday, 28 February 2017 08:32 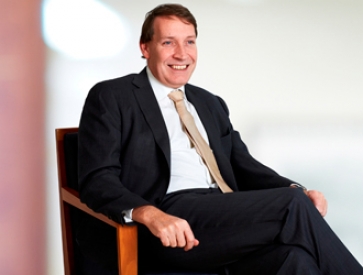 Growing wealth manager St James’s Place announced today that current chief executive David Bellamy will step down at the end of 2017 after 26 years as an executive and the last 11 years as chief executive.

Chief financial officer Andrew Croft will succeed him as chief executive and Craig Gentle, currently chief risk officer, will join the board as chief financial officer. Mr Bellamy will remain with the group in an advisory capacity and will take on the role of non-executive chairman of international operations.

Sarah Bates, chairman, said: “Under David’s leadership, St. James’s Place has gone from strength to strength. Client funds have more than quadrupled to over £75 billion, the partnership has grown consistently to over 3,000 advisers today, and the company has become an established member of the FTSE 100. On behalf of the board, I thank David for his outstanding contribution throughout his 26 years of service.

“We are delighted to announce that Andrew Croft will become chief executive officer when David steps down. Andrew has already played a key role in the success of the group, serving as chief financial officer for the past 12 years and is the ideal person to lead St. James’s Place.

"Having expanded the senior management team over the last couple of years we have an outstanding leadership group with real strength and depth for Andrew to lead going forward.”

Mr Bellamy said: “It’s been an incredible journey and I am very proud of what we have achieved together since the group commenced trading in January 1992. It’s been a great privilege to have led St. James’s Place through a period of great transformation and success over the last 11 years and I would like to thank the executive team and everyone in our community for making these achievements possible. The group is in excellent shape and better placed than it ever has been for the opportunities that lie ahead and I know that, under Andrew’s leadership, St. James’s Place will continue to go from strength to strength.”

Andrew Croft, chief financial officer, said: “I am naturally very pleased and honoured to be asked to take on the role of chief executive officer and very much look forward to working with the entire St. James’s Place community in the coming years.”

Both appointments are subject to Regulatory approval

David joined St. James’s Place (formerly J. Rothschild Assurance) in Cirencester when it was founded in April 1991, and was appointed to the board in 1997. Appointed as managing director three years later, he became chief executive of St. James’s Place in 2007 and saw the company enter the FTSE 100 in 2014. He has over 40 years’ experience working in the insurance industry, having started his career at Hambro Life in 1973. He is a trustee of the St. James’s Place Foundation.

Andrew joined the company in 1993 and has been chief financial officer since 2004. Having trained as an accountant with Deloitte Haskins and Sells (now part of PricewaterhouseCoopers) he then worked in the financial services sector. Since joining St. James’s Place he has held a number of roles within the finance department, assuming the role of finance director in 2002. He is a trustee of the St. James’s Place Foundation.

Craig Gentle joined St. James’s Place in 2016 as chief risk officer. A qualified chartered accountant (ACA), he was previously a senior audit partner at PwC in London. He has more than 20 years of experience working with listed groups and other large financial services businesses in areas including statutory audit, transaction support and conduct risk.