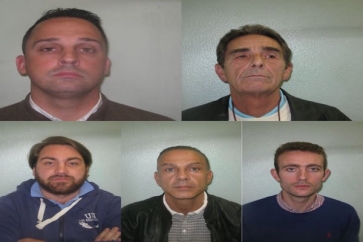 Five investment fraudsters who used a Barack Obama quote to help trick dozens of people into handing over nearly £2million have been jailed.

The quintet scammed more than 70 people into handing over a total of £1.7 million. They have been imprisoned for a total of 14 years.

Detectives in the Metropolitan Police's Complex Fraud Team launched an investigation into a company called Taylor & Mills Ltd after a case referral from Action Fraud in 2013.

Analysis of the company revealed employees were cold-calling elderly and vulnerable members of the public, using aggressive and persistent sales techniques. This was to persuade them to buy green investments known as 'carbon credits' – something the FCA has warned over in the past.

A carbon credit is described by the FCA as “a certificate or permit which represents the right to emit one tonne of carbon dioxide (CO2) and they can be traded for money”.

The police said in a statement: “To make the company seem plausible, professional-looking, glossy brochures were produced extolling the virtues of carbon credits.

“The brochure, which even contained a quote from Barack Obama about the importance of green energy, was sent out to anyone who showed an interest when called.

“The investigating officers discovered that none of the victims' money was being used to buy carbon credits, but was instead paid into bank accounts in the name of Taylor & Mills Ltd.”

One victim recorded a 35 minute telephone conversation in which one of the five men, Dean Hempseed, said he could return three times the investment made within four months and convinced the victim to invest £50,000.

Detective Sergeant Richard Ward, from the Complex Fraud Unit, said: "This investment scam involved the use of aggressive and persistent sales tactics to exploit vulnerable members of the public. These men were motivated purely by greed and showed a complete disregard for the financial loss and emotional impact on the victims of the scam."

Detective Constable Carl Hughes, also from the Complex Fraud Unit, said: "Anyone who is contacted by a cold-call salesman is advised to treat them with extreme caution. If an investment opportunity sounds too good to be true, the chances are it probably is."

All five men were sentenced at Southwark Crown Court on Monday, 6 March after they pleaded guilty to the charges against them at earlier hearings at the same court.

The convicted men and the sentences:

More in this category: « IHT and pension calls ahead of Budget Live: Budget – Day 2 continued reaction and fall out »
back to top