Register for Financial Planning Today website for FREE to view more stories and get our daily newsletters. Click on 2 stories to see Registration pop up.
Thursday, 06 April 2017 11:47 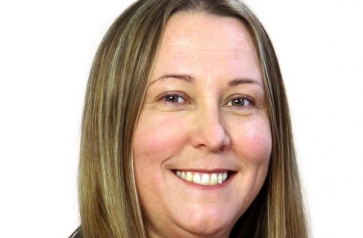 The government’s planned controversial probate fee reform could be a new stealth tax on bigger estates, a Financial Planning expert has warned.

Rachael Griffin, Financial Planning expert at Old Mutual Wealth, said the proposals, which will see probate fees for some estates soar by huge amounts to £20,000 or more, were arguably a new ‘stealth tax’.

Recently the Joint Committee on Statutory Instruments report issued a warning that the changes to probate fees changes could be illegal without parliamentary approval.

Ms Griffin said: "It is unsurprising that the government is coming under pressure about the new probate fee structure as you could argue it looked like a stealth tax. When the plans were announced the industry raised concerns that the fee hike for some would be extortionate.

"A system where over 90% pay less than £1,000 would be a positive move. However, it adds more uncertainty to estate planning as more changes could be coming down the pipeline.

She said the changes, if they go ahead, underlined the need for good Financial Planning. She said: “People who are concerned about how beneficiaries will pay the probate fees could leave sufficient funds in a life insurance policy, and provided the policy is written in trust, it can be accessed immediately on death, without the need for probate.”

The flat rate probate fee of £215 (£155 if using a solicitor) is changing to one based on tiered levels assets. The overhaul will mean lower value estates are exempt from any charge but the charge on estates which exceed £50,000 will increase – some hugely. See table. 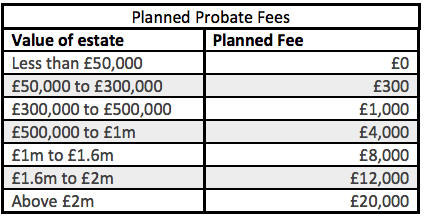