Register for Financial Planning Today website to get our daily newsletters. Click on 2 stories to see the Registration pop up.
Monday, 24 April 2017 11:09 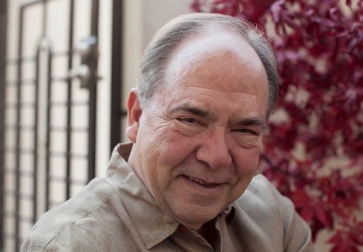 George Kinder has paid tribute to his friend and Life Planning movement co-founder Dick Wagner after his death last week.

Mr Wagner was a key figure in the early development of Financial Planning in the US, becoming a committee member and then president of what was then called the Institute of Certified Financial Planners.

Mr Kinder described Mr Wagner as having “more influence than anyone over the last thirty years on the Financial Planning profession, making it more human in every way”.

Mr Kinder said they were “were a marriage made in heaven” and he “will miss him greatly”.

Did you know Mr Wagner? If you wish to add your own tributes to this article, please email This email address is being protected from spambots. You need JavaScript enabled to view it..

“We started the think tank Nazrudin together, out of which the Seven Stages of Money Maturity and later Kinder Institute were to emerge. He was passionate about Life Planning and about Financial Planning.

“It was of utmost importance to him that Financial Planning be a profession, not a sales occupation, and that the client came first.”

Mr Kinder said: “This passion for serving the client was what brought the two of us together. At that point I had many ideas about how better for Financial Planners to put the client first, and had been teaching on a small scale in America, but he had already come to the top of the Financial Planning profession, as head of what was then called the Institute of Certified Financial Planners, an organisation of 13,000 professionals. The ideas I was crafting fit perfectly with his mission, but without his mastery of the political scene in financial planning, they never would have emerged.”

Mr Wagner was one of the reasons Mr Kinder came to England.

Mr Kinder was also a friend of David Norton, the former Chairman and President of the UK Institute of Financial Planning, who died in 2005.

Mr Kinder said: “I miss them both, now, tremendously.”

He said Mr Norton had been “more passionate about Dick Wagner’s belief in Financial Planning as a profession than anyone I knew at the time”.

Mr Kinder added: “We were a marriage made in heaven, which is where my good friend Dick Wagner now resides. I hope I’ll get there some day to see him, and to tell silly stories from the Sufi Nazrudin, and to do road trips across America listening to 60s tunes with him.”

Colleagues and friends took to Facebook to pay tributes.

Martin Siesta, a Financial Planner at Compass Wealth Management in the US, who used to work for Met Life, said: “In a profession that there is so much self promotion, the only thing he promoted was his ideals and ethics. Long may you prosper!”

‪Mary Freeman Zimmerman‪ said: “So beautiful, Martin. Dick was incredibly unselfish with his wisdom. I quote him all the time at workshops. RIP, dear friend.‬”

‪Sam Hull‪ said: “Dick will be sorely missed! His voice in the ongoing conversation on what it means to be an authentic financial life planner was early, strong and honest. You will be remembered - and missed!‬”