Vanguard says advisers and planners 'vital' to its future 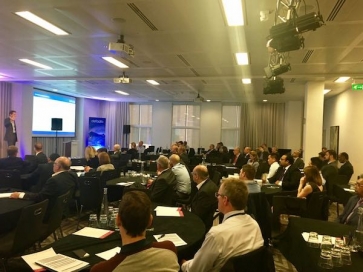 Financial advisers and planners will remain "vital" to Vanguard's future, says a senior UK executive at US fund manager Vanguard which has just launched a D2C investment service in the UK.

Head of business development Ryan Barrows told the Defaqto Investment Conference in London today that Vanguard increasingly relied on partnering with financial advisers, despite some suggesting it was keener on robo advice and direct to consumer offerings.

He said: "The role of advisers will remain vital for us. Technology will likely have a role but the human adviser is here to stay."

"We think that investors need help. The largest portion of our growth over the last 10 years has been with financial advisers.

"Advisers add alpha and we believe that good advice delivers about 3% of alpha for investors a year. We see a huge value for money argument in the advice space."

"We launched a D2C service last week but we still believe the majority of UK investors need advice. More than 50% of people under 40 say the need advice although we strongly believe there wil be more and more of a digital component in advice."

He mentioned that in the US the company has the Vanguard Personal Advisor Service which is digitally delivered but with a human adviser to help. This service is not available in the UK.

Looking to the future, he said Vanguard believed that investors in the UK were under huge pressure from the pensions crisis, increased complexity and lower returns. Vanguard believes it is probable that both equity and fixed income returns would be lower over the next 10 years and this would create challenges.

It is possible some fund managers may seek to cut costs by using more computers to do the fund management in future. He also said despite its reputation, Vanguard was committed to active as well as passive management.

He said Vanguard believes that cost would become a more important driver of fund flows in the future, even for active funds, and that artificial intelligence would become increasingly important in fund management and throughout the advisory sector too.