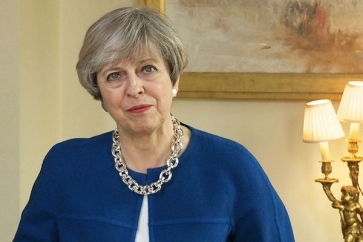 Financial services providers have given an overwhelmingly negative reaction to the general election which has resulted in a hung parliament today.

Seven Investment Management’s co-founder Justin Urquhart Stewart said today was “the great hung-over.” He said: “HMS Britain is rudderless, directionless and shortly leaderless. Not a good strategy for the economy.

“The captain is likely to be tipped over the side and we will need to find a new credible commander, not just to lead us through the Brexit negotiations but also through the next election which in all likelihood could be in the next two years.

“Investors hold hard and remember the importance of your compounded returns of your dividends on your broadly diversified portfolio.”

Chris Darbyshire, chief investment officer at 7IM said: “A Conservative government majority might just be manageable if the Irish Unionists continue to co-operate, and if Sinn Fein sticks to its usual approach of not taking up its seats. That explanation alone shows how fragile a continuing Conservative government could be – held hostage on domestic policy changes by the promise of support on Brexit.

“A Labour-led minority government would likely not be any stronger, pulled between a Soft and a Hard Brexit. Coalitions have been suggested, but it seems very unlikely that the Liberal Democrats will repeat their 2010 error of choosing a side, and the same is probably true of the SNP.”

Dominic Rossi, global CIO at Fidelity International, said:  “This is the result markets feared. Markets were wrongly positioned, and international confidence in the UK will suffer. Sterling is the first casualty. With the election announcement, it rallied from the low 1.20s to the high 1.20s against the dollar. We can expect it to retrace these steps, with the overnight move lower to 1.27 an initial move.

“The uncertainty will put a lid on the UK equity market. The prospect of another election within next few months, coupled with the Brexit negotiations which are more unpredictable than before, raises the risks for all investors in UK equities.”

Trevor Greetham, head of Multi Asset at Royal London Asset Management, said another election in the autumn could be on the cards.

He said: “A Labour-led progressive alliance is possible but we expect the Conservatives to form a minority administration reliant on a confidence and supply arrangement with Ulster MPs. This will not be a strong and stable government, so another election is likely to follow after a short period under a new Prime Minister, perhaps in the autumn. The UK will have a weak government with no clear mandate heading into Brexit talks, the exact opposite of what Theresa May intended when a 20-25% polling lead tempted her to call the snap election."

However, Mark Dampier, head of investment research, Hargreaves Lansdown, urged caution and said the dust would settle fairly quickly once a government was formed.

He said: “This is very different to the Brexit vote of last year. While the result is a surprise and may lead to another election later this year – market reaction has generally been subdued so far because the Tory government will remain in power but a hard Brexit now looks less likely.

“Therefore I see no need to make any rash investment decisions, given the range of possible outcomes over the next few weeks. Investors should sit tight or even buy if the opportunity arises.

"Once a government is in place I expect the dust to settle fairly quickly. There will be a dawning realisation that everything has changed and nothing has changed. For the vast majority of UK companies it will be a case of “business as usual” on Monday. In our view investors should continue to pursue their long-term strategy. The international nature of the UK market means that in reality the election result matters little for many UK-listed companies.”

Tom McPhail, head of policy at Hargreaves Lansdown, said: “There is so much uncertainty this morning, for some of the following issues we’ll just have to wait and see how they play through over the next few days.
He forecast significant challenge on pensions and savings policy although the appetite for further reform may be limited.

Peter Toogood, CIO of the Embark Group which owns Rowanmoor, Avalon, Hornbuckle and other brands, said: “(It’s) a truly disastrous result for the Conservatives and for Theresa May personally. A setback for Brexit as we are a long way from a strong and stable government. The pound will take the strain initially but a more redistributive and left-leaning government is a distinct possibility, which is unlikely to be particularly supportive for risk assets. We are about to live in interesting times.”

Rachael Griffin, Financial Planning expert at Old Mutual Wealth, said: "“With the snap election, Theresa May heralded in eight weeks of unscheduled heightened political tension.  That pain has not been worth it, as she has now lost the majority, leaving the UK in a state of uncertainty as everything has again, been thrown up in the air."

Standard Life commented: “Initially we expect risk markets to stumble - sterling has already pushed a little lower as nerves build around potentially bumpy Brexit negotiations. On the back of these concerns, credit spreads are likely to widen slightly and domestic equities and Real Estate Investment Trusts (REITs) to underperform.

“Gilts are likely to strengthen, with market perception focusing on a more difficult Brexit negotiation process for a weakened government. Longer term, the market is likely to be more sensitive to how the eventual government affects policy and decision-making through the parliament.”

More reaction throughout the day.

More in this category: « Ex-IFP President joins board of wealth firm aiming to be UK’s largest Chartered Financial Planners: Our take on election fall out »
back to top