Chartered Financial Planners: Our take on election fall out 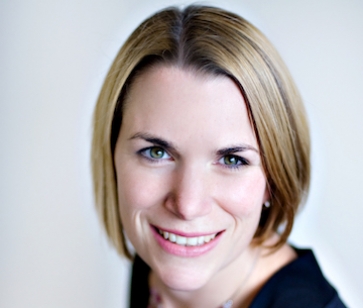 Leading Financial Planners say that the Conservatives recently dwindling fortunes in the polls meant that the election result was far from the shock some experts have said and that a Conservative-led coalition remains likely to try to push through current financial reforms as best it can.

Few say clients have been inundating them today, although some are reporting contact from clients concerned about the impact on markets. Most planners say that the Financial Planning commitment to long-term investing and planning is undaunted. The view is that remaining calm and carrying on is still the best option from a Financial Planning point of view.

Nicola Watts, director of Jane Smith Financial Planning in Bucks and a Chartered and Certified Financial Planner and Chartered Wealth Manager, said: “We haven’t received any calls from clients this morning. Maybe people are increasingly immunised to shock results after the EU referendum vote and the Trump victory in the US.

“However, hopefully this is also a demonstration of the quality conversations we have with our clients regarding risk, return, volatility and long term investment strategies, and also the longevity of our client relationships and the trust that clients have in us. They don’t feel the need to question us on what they should be doing.  They just anticipate that if they should be doing something we would be telling them. Uncertainty is a feature of the markets and this is just the latest challenge.”

On the election result she said: “The advantage the Conservatives clearly had at the start of the election process has been dwindling through the campaign and so maybe this result isn’t quite the shock we might expect it to be.  Although the idea of a hung parliament is a concern, the Conservatives are still the largest party and with the support of the DUP, my instinct would be that there will likely be that there will still be a “Conservative” majority, and so worries regarding policy being stalled are probably unfounded.

Martin Bamford, Chartered and Certified Financial Planner & Chartered Wealth Manager, and managing director of Informed Choice, said: “The result wasn't entirely unexpected after such a terrible campaign by the Conservatives. May consistently failed to demonstrate to the British public that she wanted to win or deserved their vote. As usual, we placed too much confidence in pollsters who have clearly had their day now.

“We have fielded a handful of calls and emails from clients this morning, concerned about the potential market and economic outcome from this result. Most are fearful that May will fail to form a working coalition and Corbyn somehow becomes PM, which is a potentially disastrous outcome.

“Only time will tell what this results means for investment portfolios. It's too early to speculate whether markets will interpret the result as uncertainty or a better long term outcome due to a softening of Brexit negotiations. Politics aside, market valuations are already very frothy and long overdue a decent correction. Investors need to keep a diverse set of holdings, rebalance on schedule and focus on the long-term, with portfolios aligned to goals not market noise.”

Keith Churchouse, owner of Chapters Financial in Surrey and a Chartered and Certified Financial Planner, said: “Snatching defeat from the jaws of victory comes to mind! Great to see the younger generations so engaged and boosting the overall turnout (great for democracy!). I think more turmoil for the summer and a possibly another general election by the end of the year.

Chartered Financial Planner Danny Cox, spokesman for for Bristol-based Hargreaves Lansdown, said: "Trading has been busy today but no busier than a normal Friday and the phones also no different. Very few people asking about the election, and no signs of clients pulling their money out of UK investments. We are seeing more buys than sells."

John Spiers, chief executive at Financial Planner and wealth manager EQ Investors, said: "Politically this election result is a bad outcome at the worst time. The country is split down the middle, not just Brexit vs. Remain but also Financial Austerity vs. Big Government Spend. Forging a majority of both those groups will be nigh on impossible. Meanwhile, the Article 50 clock ticks on remorselessly.

"Although many people today are suggesting that a ‘soft Brexit’ is now more likely, we do not agree. Hard core Tory Eurosceptics would rather see the Government fall than tolerate any weakening of the position on immigration and the European Court of Justice. So the hands of our negotiators are tied – even though they clearly do not have a mandate for a hard Brexit. If they did have more freedom, it would be political suicide to cave in and accept a massive exit bill and other restrictions ahead of yet another election.

"In terms of UK policy the government will have very little flexibility. There might be a bit more spending than previously expected but we don’t see this as a major issue. What does all this mean for investment prospects? So far it’s been muted. On the global stage the UK is a pretty minor player these days so the impact there will be negligible. Sterling has weakened, thereby providing an immediate paper gain for UK holders of overseas assets. We think sterling is already discounting a fair bit of uncertainty and while it will inevitably be volatile we don’t feel it is overvalued now."

Nigel Green, founder and CEO of deVere Group, said the election result was "a hammer blow for a hard Brexit.

More in this category: « Election: Overwhelmingly negative reaction from providers Election: Concerns over Pensions Dashboard and FAMR »
back to top