Register for Financial Planning Today website for FREE to view more stories and get our daily newsletters. Click on 2 stories to see Registration pop up.
Wednesday, 09 August 2017 09:59 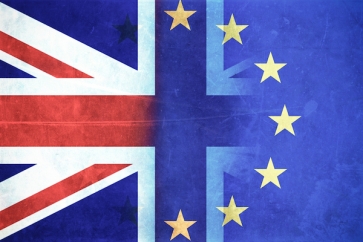 Brexit fears are weighing on investors

A third (34%) of British adults say that economic uncertainty has impacted their thinking on retirement saving and nearly a third (30%) are concerned about the impact of Brexit on their retirement.

According to a new survey of investors by Close Brothers Asset Management one in nine (11%) are likely to prepare for Brexit impact by speaking to a financial adviser more regularly in future.

Brexit appears to be taking its toll on financial security, says Close Brothers, with 30% of British adults revealing that they are “specifically worried” about political uncertainty in the UK and Europe and how this will impact their retirement saving.

The research was carried out by YouGov online between 28 and 29 June among 2,184 B British adults. Of those surveyed 1,884 respondents plan to retire.

The survey found that 11% of adults were likely to increase the frequency with which they receive financial advice since the UK voted to leave the EU as they look to ensure that they are financially prepared for the possibility of bumpy years ahead.

The findings also show that one in five (21%) British adults are changing their investment strategy in reaction to Brexit. Around one in seven (15%) plan to be more conservative and take fewer risks following the Brexit vote, with 3% planning to increase their risk exposure.

A quarter (26%) of British adults surveyed cited economic uncertainty as their biggest concern in making money last once retired, while a fifth (21%) cited living longer than the period saved for and around one in ten (9%) cited the prospect of higher taxes when accessing pension pots.

David Newman, head of pensions at Close Brothers Asset Management, said: “It is clear that the British public is very concerned by the prevailing economic uncertainty, and the impact it will have on their finances, and Brexit remains a big driver of this worry.

“Many are taking a more conservative investment approach to their long-term savings as a result.”