Register for Financial Planning Today website for FREE to view more stories and get our daily newsletters. Click on 2 stories to see Registration pop up.
Friday, 18 August 2017 15:17

IFA gets six years in prison for Sipp con 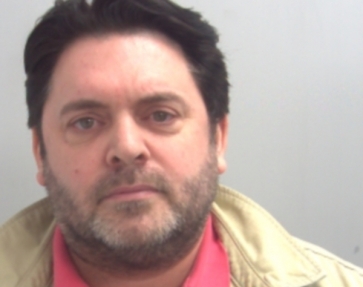 A financial adviser who spent his clients' Sipp pension investments on his own “lavish lifestyle” has been sentenced to six years in prison this week.

A Darren T. Say is listed on the LinkedIn business directory service as owner and founder of Noisnep Limited and claims he is a “Multi Citywire & Money Marketing Advisor Awards Finalist.” His entry lists a number of companies he has been involved in. He claims to have been a former Scottish Equitable corporate pensions specialist from 2003 to 2007. He has over 500 LinkedIn connections.

Mr Say told investors, some of whom were his own employees, that their funds would be used to develop a luxury holiday resort in the Bahamas which would be worth in excess of £100 million when finished. Instead, Mr Say took the money for himself. This amounted to £1 million, made up of his clients' pension funds and tax breaks from HMRC.

Chelmsford Crown Court heard at one point there was more than £1 million in Mr Say's company accounts but when he was arrested in January 2016, all of the money had been spent. This had the effect of rendering the company useless and unable to raise any other development finance.

Christopher Tarrant, a prosecutor in the Specialist Fraud Division, said: "Say treated the money entrusted to him as his own and spent it on funding his lavish lifestyle including buying a plot of land to build his family home. He provided his clients with impressive looking figures which they could look forward to on retirement, despite knowing this would never happen.

"Say denied his guilt but the evidence presented by the CPS meant the jury were sure he had committed the frauds alleged and convicted him."

Detective Inspector Lee Morton, of the Kent and Essex Serious Crime Directorate, said: “Darren Say used the mechanism of the pension scheme he developed as his personal cash cow; taking money he was responsible for to fund his lifestyle.

“Company directors have great responsibility and should carry out their role with integrity and honesty. This case should enforce those responsibilities to other directors who might be tempted to act dishonestly.”

The fraud was committed between January 2010 and January 2016. Essex Police will now seek to recoup the cash Say took under the Proceeds of Crime Act legislation.

Mr Say denied dishonestly making false representation to make gains to self or another and carrying on the business of a company with the intent to defraud creditors but was convicted by a jury in July.

He received a six year prison sentence for fraud by abuse of position and two years for fraudulent trading to run concurrently. He was also disqualified from being a company director for eight years.

More in this category: « Advisers split on medium term returns from UK equities Govt to ban pensions cold calling after campaign »
back to top