Register for Financial Planning Today website for FREE to view more stories and get our daily newsletters. Click on 2 stories to see Registration pop up.
Friday, 01 September 2017 11:55 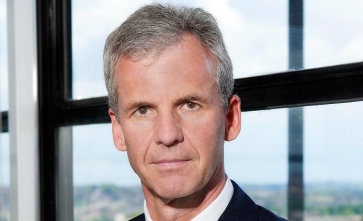 Rupert Curtis, one of the founders of Curtis Banks

The company, one of the UK’s largest Sipp providers and one which has acquired several businesses in recent years, says the company needs to match the location of offices to “customer needs” and one option could be to close its office in Market Harborough, Leicestershire.

Some reports have suggested as many as 60 jobs could be axed although the company says it will try to redeploy as many staff made redundant as possible to other offices. The company is headquartered in Bristol and also has offices in Dundee and Leicester.

A spokesman for Curtis Banks said: “Curtis Banks strives to continually improve our service and meet the changing needs of our customers. As part of our location strategy, to ensure that we remain competitive and can manage our risks effectively, we are proposing to close our Market Harborough office.

“Unfortunately a number of roles are at risk, and should the proposal outcome be that the Market Harborough office closes, then affected staff will be given priority for redeployment across other group locations as well as outplacement support.”

The Market Harborough office was acquired by Curtis Banks when it bought the Pointon York Sipp business three years ago.

Curtis Banks remains profitable and profits topped £7m last year. It doubled in size when it bought rival Suffolk Life in 2016 from L&G for £45m. It administers over 70,000 Sipps and SSAS plans.