Register for Financial Planning Today website for FREE to view more stories and get our daily newsletters. Click on 2 stories to see Registration pop up.
Friday, 01 September 2017 12:28 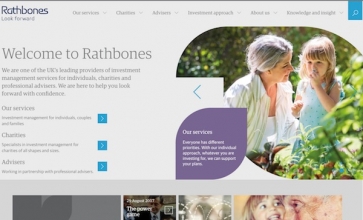 Rathbones board has ended its exclusive merger discussions with wealth manager Smith & Williamson.

Rathbones, which has major fund management and wealth management interests, says that “following very extensive due diligence and negotiations, we have been unable to conclude a transaction that is in the best interests of Rathbones shareholders.”

It’s now believed that Smith & Williamson may pursue an IPO instead. Rathbones said the merger discussions had incurred expenses of £5m.

Philip Howell, Rathbones chief executive Philip Howell said: “We continue to believe that our proposition was both a compelling strategic and value creation opportunity for all Smith & Williamson’s stakeholders.

“The potential combination was intended to accelerate Rathbones’ existing strategy, but ultimately we were unable to agree terms that offered our shareholders an appropriate balance of risk and reward. Rathbones remains confident in its strategy and will continue to look for growth opportunities in the sector and assess them with discipline.”

He said Rathbones had incurred a non-underlying charge of approximately £5 million in 2017 for expenses associated with the prospective transaction. Of this £1.8 million was reported within other expenses in the firm’s interim statement for the six months ended 30 June 2017.