Register for Financial Planning Today website for FREE to view more stories and get our daily newsletters. Click on 2 stories to see Registration pop up.
Tuesday, 12 September 2017 09:40

1 in 12 pension transfers may be a scam - consultant 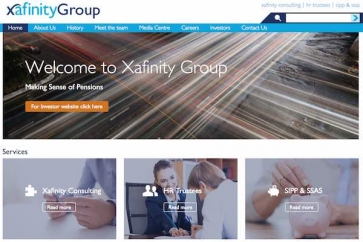 Analysis by a pension consultancy has uncovered signs of potential scam activity in 1 in 12 pension transfer requests with unauthorised advisers among the worst culprits.

Widespread use of cold calling by scammers preying on vulnerable pensionholders was also found ahead of the government’s proposed ban on pension cold calling. No date has been set yet to ban cold calling, a delay criticised by many in the pensions sector.

Sipp and pension consultancy business Xafinity says the number of scams has reduced marginally from the same analysis done last year (1 in 9 potential scam cases), but remains high. It remains concerned that even after a ban on cold calling scammers will find other ways to cheat consumers out of their pensions.

The analysis comes from Xafinity’s pension scam identification unit, which helps trustees identify potential pension scams connected with member transfers. The analysis shows that the most common “flag” for potentially fraudulent transfers, in 33% of scam cases identified, is the involvement of unauthorised advisers or introducers in the transfer process.

The analysis shows that one in five (20%) of scams identified were as a result of cold calling. However, Xafinity says this is not the only route being used to extract pension money from consumers and although a ban on cold calling will be welcomed by the industry it will only push the unscrupulous scammers to other means. It said: “This is where the Government and other industry professionals need to work together to help make consumers safer and stop scamming damaging their retirement and financial security.”

Jackie Warwick, head of Xafinity’s pension scam identification unit, said: “In many cases when we speak to the member it transpires that they have had no contact with the IFA who has signed off the discharge to the trustees. When a member realises that they have effectively been “advised” by someone they have never spoken to they often decide for themselves that something is wrong and therefore choose not to proceed with the transfer.

“Members often tell us how appreciative they are of the steps being taken by the trustees to protect them and their fellow scheme members from the threat of pension scams.”

Ben Fisher, consulting actuary, said: “Our scam identification telephone service continues to identify tell-tale signs of scam activity that would be almost impossible to pick-up just from completed paper transfer forms alone. The perpetrators of pension scams will often step-in to complete the paperwork themselves to ensure it doesn’t contain any indication of a scam.”