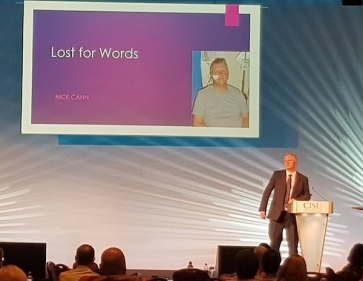 The CISI has called its 2017 annual Financial Planning Conference at Celtic Manor Resort in Newport, Wales "a great success."

More than 400 attended the three day event including 350 Financial Planners and Paraplanners, many of them Certified Financial Planners. The conference comes as news was released that after a shakey start, membership of the CISI Financial Planning Forum has recovered, rising 22% since the merger with the IFP from 2,100 to 2,700.

"It feels to me that people have been both moved and united. Sophia Bera, the American CFP, was quite a revelation and interestingly a lot of points she made are relevant to many areas, not just Generation Y."

"The Financial Planning and Events team has done a great job in putting together a fantastic progrramme with the best of all worlds. The focus is now on the future with a focus on re-engineering the CFP process which I beleieve will make a huge difference in the uptake of the CFP qualification, particularly for the welath management firms who want to add to their palette of services.

"In the US the integraton of wealth management and Financial Planning is already happening and what happens in the USA now will happen here within five years which confirms the wisdom of the merger with the CISI."

"Everyone has said they have learned as much from colleagues as from sessions. There's a great spirit of sharing and it's the networking that makes the difference. I will be back next year as a delegate and I'm already looking forward to it."

Mr Edgar is stepping down to work in training consultancy after two years in the role. He received warm applause from delegates at the annual Gala Dinner to thank him for his work for the Financial Planning forum.

Other highlights included keynotes from Olympic gold medallist Dame Kelly Holmes, former Pensions Minister Sir Steve Webb, and a closing address by Nick Cann CFP, former chief executive of the IFP, a stroke survivor. There were also be dozens of other expert speakers, including many leading Financial Planners and retirement and investment planning experts.

Although the event has been held at the Celtic Manor Resort for the past nine years no firm decision has been made yet on the venue for next year's conference, says the CISI.

• Read more conference reports on Financial Planning Today – the leading news site for Financial Planners and Paraplanners - and on our Twitter accounts including: @FPTodayNews, @FPTodayMagazine and @FPT_Kevin

More in this category: « CISI Financial Planner membership up 22% on conference eve Steve Webb warns of cuts to pension tax relief »
back to top