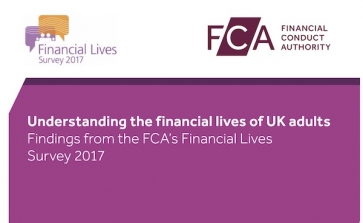 This compares with three in 10 of the total population (29%) who would prefer online advice, according to the FCA’s comprehensive Financial Lives report which covered 13,000 adults and was published today. The report highlights the size of the ‘advice gap’ and how younger people may be turning away from seeking human financial advice, preferring to go online instead where they have more experience of seeking financial information.

The survey found older people more willing to seek human financial advice but the picture again highlighted an advice gap. The report found that of the 89% of 55-64 year-olds who have not received regulated financial advice in the past 12 months, two fifths (42%) or 2.7m would probably have benefited from it.

Older adults were more likely in general to want to see a human financial advisers, particularly as their questions about financial matters such as retirement grew, but overall
the study found many people confused about where to go for advice with many saying they would not know where to turn.

The FCA found that one in ten (11%) 55‑64 year olds, or 0.8 million people, have received regulated financial advice related to investments, saving into a pension or retirement planning in the last 12 months. This was the second highest rate seen of any age group (after 65‑74 year olds at 13%).

The report says that financial confidence online is growing and is reflected in greater use of technology. As 25‑34 year olds gradually gain more experience with financial products, their confidence in managing their money and knowledge of financial matters is increasing and is now broadly in line with the UK population as a whole.

For example, one in seven (15%) believe they are highly knowledgeable about financial matters, compared with one in six (16%) of all UK adults. One in three (33%) say they feel highly confident managing their money, compared with a similar proportion (37%) of all UK adults. These results are significantly more positive than those for 18‑24 year olds, where just one in ten (9%) say they are highly knowledgeable and just one in five (21%) feel highly confident.

The report says: “Among 25‑34 year olds, this increased confidence is being reflected in less need for human interaction or reassurance, and greater use of technology, in their financial interactions.”

Trust in financial services firms remains relatively low, says the report, with only a quarter of younger people (24%) agreeing that most financial firms are honest and transparent in the way they treat them, compared with three in ten (31%) of all UK adults.

The survey highlighted that many people wanted financial advice and were willing to pay for it but their expectations of fees and costs were very low. Half (50%) of 55‑64 year olds would
be willing to pay for advice if the costs were “reasonable.” This figure jumps to 80% for 55‑64 year olds who have had regulated financial advice in the last 12 months.

Around three in ten (28%) 55‑64 year olds say they would not know where to look for a financial adviser, compared with 34% of all UK adults.

One in five (19%) 55‑64 year olds agree that financial advice is only suitable for those with a large amount of money to invest, which is not materially different to how all UK adults feel (22% share this sentiment).