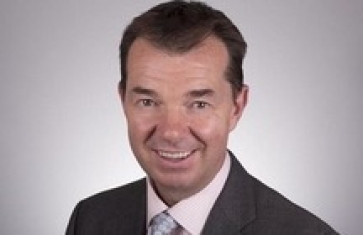 The ABI has welcomed confirmation today from Pensions Minister Guy Opperman that the Pensions Dashboard will go ahead.

Writing in the Times today, Mr Opperman said: “There has been speculation as to whether the government wants to proceed with the Pensions Dashboard. I want to make it clear that this project will go ahead.

“The dashboard is a key part of our desire to ensure consumers are able to understand their pensions and plan properly for their future. I can also confirm that the Department for Work and Pensions will be the lead department on this project.

He added: “Technology and online services have increasingly become part of everyday modern life, helping us from the moment we wake to the moment we sleep. Whether it’s online food shopping, route planning or even controlling our heating via a phone app, managing our “life admin” online can make life much simpler.”

Huw Evans, director general of the Association of British Insurers which has campaigned for the Pensions Dashboard, said he was very pleased at the confirmation.

Earlier this week the ABI voiced some concern that progress on the dashboard, announced in 2016, was slow and it called for legislation to underpin the eventual launch of the dashboard which will provide a ‘one-stop’ information source for pension savers’ pensions and retirement plans to cut down on collecting information from multiple sources.

Mr Evans said: "I am delighted the Pensions Dashboard is being taken forward by the Government and that the hard work of the ABI and our partners to deliver a prototype will now be continued.

“A Pensions Dashboard is vital to helping workers keep track of their pension savings as they move employment as well as helping them track down lost pension pots likely to be worth billions in total. The long-term savings industry will work closely with the Government on the next steps to help make this scheme a success for customers."

More in this category: « MPs to probe barriers faced by women in finance Police take action as binary options fraud grows to £59m »
back to top