Register for Financial Planning Today website for FREE to view more stories and get our daily newsletters. Click on 2 stories to see Registration pop up.
Monday, 23 October 2017 10:00 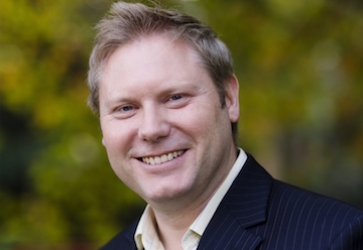 A large-scale consumer study has provided a more upbeat assessment of how the pension freedoms are working with half (49%) of retirees now finding the new phase of life “exciting.”

Despite the positive news, only one in 10 have seen a financial adviser about their retirement and seven in 10 have no plans to do so, highlighting a lack of preparation by many pension savers.

Ahead of the Work and Pensions Committee inquiry into how the pensions freedoms are working, people who have retired since the pension freedom reforms in 2015 say they are more likely to learn new skills and travel further afield.

The 10th annual LV= State of Retirement report finds future generations share this optimistic spirit but are still resigned to working after the age of 65.
LV= says its report finds suggest that while consumers currently retiring are enjoying the pension freedoms unless consumers take a more active role in planning for retirement, including taking advice, they may not achieve the retirement they desire.

The pension freedoms have now been in place for 2.5 years and many respondents say they are enjoying the easier access to their pension funds.

Half (49%) of retirees now say they view their post-work years as an exciting phase of life, with many using their free time to learn, see and experience new things. Opinium, on behalf of LV=, conducted online interviews with 1,521 UK adults between 15 and 19 September 2017.

Nearly two thirds (64%) of people who retired since April 2015 say stopping work has opened up new opportunities, with one in five (20%) having decided to learn new skills and more than half (55%) devoting more time to their hobbies.

Those who retired since the pension freedoms are being more adventurous with their holidays. Nearly half (46%) are holidaying in places they have never been to before, compared to 39% of people who retired before the freedoms were introduced.

LV=’s report finds this trend of viewing retirement more positively is set to continue, with future generations similarly optimistic. Two in five (42%) of those not yet retired think retirement will be exciting and three in five (60%) believe they will have the opportunity to do more of what they enjoy.

However, despite high hopes, many of those under 65 believe they will be working past 65, with people expecting to work for an additional four years and two months on average.

One in ten (10%) expect to continue working for more than 10 years after retirement, with this doubling to one in five (19%) for those between 35 and 44 years old.

LV= says it firmly believes that taking financial advice is the best way for clients to maximise retirement income and ensure they can achieve the retirement they want.

Yet only one in ten (11%) have seen a financial adviser about their retirement and 70% have no plans to do so. This rises to nearly eight in ten (79%) for over 55s. LV= believes the Government has a vital role to play in encouraging people to take advice.

John Perks, managing director of Life and Pensions at LV=, said: “With the introduction of pension freedoms, people have more flexibility to take their money as they want and spend it when they want, and there is clearly an appetite for this.

“However, bringing pension freedoms into force is just the beginning. While the reforms have the potential to provide consumers with an enhanced retirement, there is evidence they aren’t yet working for consumers, with very few engaging with their pensions.

“In order for the pension freedoms to be a success, it’s imperative the Government keeps up momentum to ensure consumers are able to get the right outcomes. This includes giving people better information about their pensions through the Pensions Dashboard so people can better plan, and increasing the take up of financial advice.”