Register for Financial Planning Today website for FREE to view more stories and get our daily newsletters. Click on 2 stories to see Registration pop up.
Tuesday, 21 November 2017 12:51

FCA reports 40% drop in whistleblowers but actions up 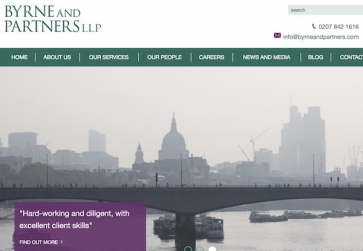 FCA statistics reveal that the number of enforcement cases opened by the FCA has more than doubled from 2014 to 2017 from 105 to 230, according to a Freedom of Information request by a law firm.

Fraud lawyers Byrne and Partners LLP says the figures suggest an “environment in which financial misconduct is met with much greater scrutiny and attention” but it points out that instances of financial whistleblowing - where concerns are raised by an individual - have dropped significantly and has called for more help for whistleblowers.

Research by Byrne and Partners found that the number of whistleblowing cases opened via the FCA has decreased by over 40% in the same four year period, from 1360 to 793.

Byrne and Partners, which often deals with financial crime, submitted an FOI to the FCA and found that UK whistleblowing has “greatly decreased” over the past four years and at a steady rate. The numbers show that far fewer people are apparently choosing to blow the whistle, it says.

Michael Potts, managing partner at Byrne and Partners, said: “These statistics represent a clear shift in both the behaviour of the FCA and whistleblowers as a whole. Two things are apparent; the increasing effort by the FCA to open more cases (and earlier) to demonstrate its policy of “credible deterrence”; and the climate for whistleblowers in the UK becoming increasingly hostile, showing no signs of curtailing.

“A common misconception is that whistleblowers are either acting out of self-interest, or have ‘defected’ from the business altogether. In most of the cases we have advised on the actions of the whistleblower are usually in the interest of everybody, not just the whilsteblower. Their actions help to restore the health and integrity of the company and the business sector as a whole.

“It’s true that protection for whistleblowers does exist and it exists in a more robust manner than it used to. It is also true that greater focus is being placed on safeguarding whistleblowers and ensuring their rights are protected, which can be seen in initiatives like the Senior Managers Regime. But it’s clear that not enough is in place to make the difference.

The firm believes the whistleblowers should be empowered to voluntarily come forward “emboldened and secure.”

It says this is not happening in the current environment and whistleblowers are still wary of repercussions and ultimately loss of their careers.