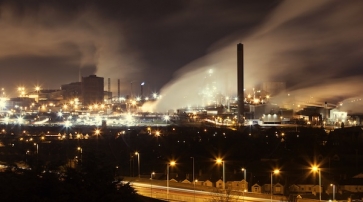 The FCA has responded to concerns expressed by members of the British Steel Pension Scheme (BSPS) about some of the financial advice they have received.

Members of the British Steel Pension Scheme (BSPS) reached out to the FCA expressing concerns about whether they should transfer out of a Defined Benefit (DB) scheme to a personal pension scheme, following the restructuring of the BSPS.

To address their concerns the regulatory body held four seminars in Swansea and Doncaster for advisers who specialise in pension transfers.

The number of advisers who attended the seminar reached 151. At the events the FCA set out the standards it expects when pension transfer advice is given to consumers and the responsibilities firms have when dealing with unregulated introducers who have been in evidence in dealing with BSPS members.

The watchdog also wrote to 148 authorised financial advisers in these locations explaining its expectations when advisers refer their clients to pension specialists.

The FCA has also gathered information from 50 financial advice firms, 12 SIPP operators and BSPS scheme administrators to identify which firms have been most active in advising consumers to transfer out of the BSPS. As a result of the research three firms have stopped advising consumers on pension transfers. The FCA plans to visit six more firms this week.

The project has been co-ordinated with The Pensions Regulator and The Pensions Advisory Service, which has set up a dedicated helpline for BSPS members - (020 7932 9522).

The FCA has also urged people in its latest Consumer Alert to seek ‘impartial financial advice’ from a financial adviser who is unconnected to the firm they are dealing with.

In a statement the FCA said: “They should let you know if they have concerns that the investment is riskier than you were told, or simply unlikely to work out as promised,”

The FCA will continue its previously planned work on DB transfer advice in the wider market and the watchdog has sent out a questionnaire to 45 firms as part of the next phase of this work. Further visits may take place as the FCA continues to keep the BSPS situation under review.

More in this category: « Six are guilty of £2.7m boiler room scam Convicted UCIS man jailed for failing to pay up »
back to top