Register for Financial Planning Today website for FREE to view more stories and get our daily newsletters. Click on 2 stories to see Registration pop up.
Friday, 15 December 2017 11:48 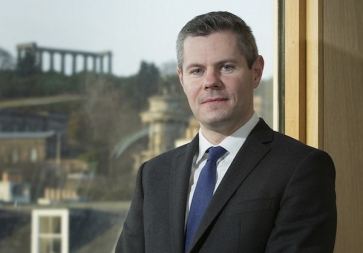 Scottish Budget income tax changes announced yesterday will create extra work for Financial Planners by adding to complexity and altering the balance between Scotland and that rest of the UK.

Retirement planning for Scottish clients may be considerably more complex, a number of leading commentators have said but there may be winners as well as losers from the income tax changes.

Scottish Finance Secretary Derek Mackay confirm yesterday in his Scottish Budget a new personal allowance of £11,850 and a new Starter Rate of 19% for those earning between £11,850 and £13,850.

Chartered Financial Planner Paul Paton of NFU Mutual in Scotland, said: “These proposals will be yet another layer of complexity in a fiendishly complicated system. Whenever taxes are harder to understand, it’s far more likely that people will end up paying more tax than they need to. Taking professional financial advice will be more important than ever if these proposals are brought into force.”

“Scottish taxpayers might be looking more closely at their pay packets and working out how these changes might affect them, but they would be as well looking to see how a pension contribution might affect their finances. After all, an extra 1% in income tax may seem unpalatable to some, but it amounts to an extra 1% of tax relief if the money is invested in a pension.”

Nathan Long, senior pension analyst at Hargreaves Lansdown, said: “A seismic overhaul to Scottish income tax looks set to provide opportunity for those saving for retirement. All of a sudden the incentive to save for retirement is now greater in Scotland for those earning over £24,000 and those earning between £11,850 and £13,850 than the rest of the UK.

“We could see canny Scots deferring their pension contributions until the new tax year in order to benefit. Of course this relies on the legislation being passed which will not be known until February. With only basic rate tax relief claimed automatically by pension providers there will be huge numbers of Scots forced into filling in a tax return.”

Susan Spash, partner at leading accounting, tax and advisory practice Blick Rothenberg, said: “This contributes to increased complexity and potentially greater uncertainty for those living and working in Scotland.  There will be winners and losers for those close to the thresholds of rate changes.”

Gareth James, head of technical services at AJ Bell, said: “A six tier income tax regime certainly makes things more complicated for Scottish taxpayers.  In relation to pensions, keeping the Scottish basic rate at 20% keeps things a lot simpler than they would have been if the basic rate had been changed.

“However, people in the other bands will see some changes.  The 41% and 46% rates make pension contributions slightly more attractive for Scottish taxpayers than those in the rest of the UK because they will get more tax relief.

“The biggest impact will potentially be for those in the 21% band, where we’d expect people to have the option of reclaiming the extra 1%, just like those in the higher and top rate bands. The Scottish Government says there are 898,000 people in the band so it potentially affects a significant number of people.”

He said a majority of taxpayers (55%) in Scotland will pay marginally less in 2018-19 than they would in the rest of the UK although higher rate taxpayers would pay more.

More in this category: « National IFA buys Bristol Financial Planner for £5m ISA to fund film and entertainment ventures »
back to top