Register for Financial Planning Today website for FREE to view more stories and get our daily newsletters. Click on 2 stories to see Registration pop up.
Wednesday, 20 December 2017 11:54 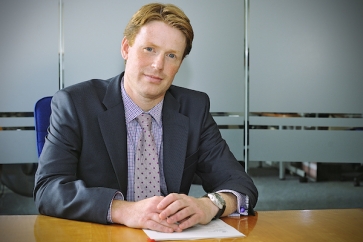 The Pension Protection Fund provides compensation to defined pension schemes, when there is a qualifying insolvency event in relation to the employer, and where there are insufficient assets in the pension scheme to cover the Pension Protection Fund level of compensation. Run by the board of the PPF, it is a statutory fund established under the provisions of the Pensions Act 2014.

Mr Morley will officially take up the post on the 19 March and will replace Alan Rubenstein after he informed the board in July that he would be stepping down in early 2018. Mr Morley will join the PPF from the DVLA where he has served as chief executive since 2013.

He led the digital and business transformation of the DVLA which has 45 million users, over 402.5 million digital interactions, and £6 billion in revenue collected for the UK government per year. He was awarded a CBE in the 2017 New Year honours for his Public Sector Digital Services work.

Prior to the DVLA, Mr Morley was Keeper of The National Archives and prior to this he worked at Thomson Reuters in a range of roles including global head of sales operations. He has also worked in the technology and shipping industries.

Julian Mund, chief executive of the Pensions and Lifetime Savings Association, said: “We would like to thank Alan Rubenstein for the huge contribution that he has made to the pension’s world with his careful stewardship of this essential safeguard.

“As chief executive of the Pension Protection Fund since April 2009, he has worked hard to build confidence in the industries lifeboat and helped to ensure that individuals are protected should the worst happen and their scheme fail.

“We look forward to working closely with Oliver Morley and his team in the future as we focus on safeguarding the retirement savings of millions of people.”

The Pension Protection Fund is also responsible for the Fraud Compensation Fund - a fund that will provide compensation to occupational pension schemes that suffer a loss that can be attributable to dishonesty.

More in this category: « FCA halts firm that scammed investors of £1.2m MAS boosts money guidance budget to £27.2m for final year »
back to top