Register for Financial Planning Today website for FREE to view more stories and get our daily newsletters. Click on 2 stories to see Registration pop up.
Friday, 12 January 2018 16:21

FCA to check all pension transfers after BSPS debacle 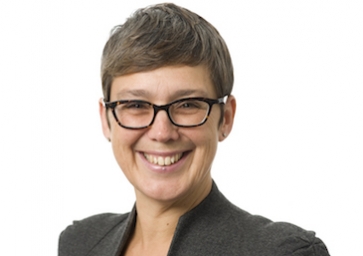 FCA director of supervision Megan Butler has written to the Work and Pensions Select Committee to inform chairman Frank Field that the regulator will collect data this year from all advisory firms transacting pension transfers.

The move comes as the Select Committee made sweeping criticisms of the FCA this week over its handling of the British Steel Pension Scheme transfer debacle, which saw questionable advice given to many BSPS retirees and a volunteer group of Financial Planners visiting South Wales to offer pro bono advice to sort out the mess.

Ms Butler wrote to the Select Committee in December in response to a number of questions she was asked by committee MPs.

Confirming that the FCA would examine all pension transfer firms this year, she said: "...in 2018 we will be collecting data from all firms who hold the pension transfer permission with the intention of assessing practices across the entire market to build a national picture."

In her written response to MPs she wrote: "During my interview with Channel 4  News on 13 December, I  mentioned that our wider work on defined benefit transfers showed less than 50% of advice to transfer was suitable. These comments were made in relation to the initial results of our wider work which we published in October, a point which was not made clear following the editing of the interview for the segment.

"The basis of this statement was the 47% suitability that we identified from a review of a sample of 88 client files from 13 firms. The findings from this review, which we published in October, was enough to give us cause for concern and resulted in four firms choosing to stop advising on pension transfers following conversations with us.

"I  referenced this in my previous letter to you of 13 December. The findings from this sample are not indicative of the national picture. However, our subsequent analysis shows the root cause of many of the issues we have already uncovered are the result of poor business models.

"In particular, we found that some firms had 'industrialised' their defined benefit transfer business so that they were no longer focused on their clients' individual circumstances and needs. We are continuing this work and have recently asked 45 additional firms that we know are active in defined benefit transfers for information.

"Further to this, in 2018 we will be collecting data from all firms who hold the pension transfer permission with the intention of assessing practices across the entire market to build a national picture. We will of course keep the Committee updated as and when we have more to report on this work."

The committee says the responses raise a series of further questions about the FCA’s actions in regard to BSPS, which the Committee will be "pressing" the watchdog further on.

• The timeline of FCA intervention in the BSPS saga, including specifically Active Wealth. Although it is apparent Active Wealth was already "on their radar", says the Select Committee, the FCA first contacted the firm about the BSPS specifically in November 2017 – two months after BBC investigators presented it with evidence they had uncovered on Active Wealth and Celtic Wealth.

The FCA finally required Active Wealth to cease advising on new pension business 14 months after it first started digging, and just weeks before the original deadline for BSPS members to make a decision on their pension.

• The description by Active Wealth of the scheme’s reductions for early retirement as “taking a penalty” and “suffering a penalty” raises the question, say MPs, of whether they were using this pejorative characterisation of what is actually simply an actuarial calculation in their advice to clients.

• Questions remain over the actual size of transfers handled and fees received for them. The highest transfer value that Active Wealth handled in respect of BSPS clients was £790,404 and the average was £398,347  - representing upwards of £40 million transferred out of BSPS on their advice alone.

According to the Select Committee, Active Wealth stated they advised over 300 clients on BSPS transfers, “around a third” of whom acted on that advice to transfer out. Their director Darren Reynolds "failed" to answer the specific question of how many in total of those 300 plus individual pension savers were advised to transfer out of the “gold-plated” scheme.

The highest and average fees paid to them so far were described as £1,500 and £1,443 respectively. The fees seem very small relative to the huge transfer values, says the committee, and it is unclear how many BSPS clients signed up to an ongoing adviser charge or what that might cost them ultimately in total.

Committee chair Frank Field MP said:  “I have already described the FCA’s action on BSPS as grossly inadequate, and these responses do nothing to increase my estimation.

"The FSA was reformed and renamed amid concerns that it was too close to the financial businesses it was supposed to regulate. From their intervention in this affair it seems clear that the FCA’s actions still effectively protect these businesses’ ability to make money out of pension funds, rather than protecting pension savers. They must take care they are not sleepwalking into yet another huge misselling scandal.”

More in this category: « Record retirement income rise for 2018 retirees FCA rejects MPs attack on its handling of BSPS complaints »
back to top