Cyberthreat to advice firms on the rise says Zurich 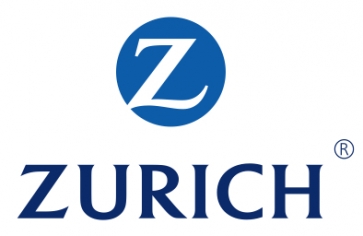 Platform provider Zurich has warned advice firms that they are facing a rising threat from cybercrime.

The warning follows the release of the 2018 Global Risks Report by the World Economic Forum and Zurich, which ranks cyber threats among the top five global risks.  According to the report, online threats are growing in prominence, with large-scale cyberattacks now ranked third in terms of likelihood, data theft and fraud are fourth.

The report, published every January, reveals the perspectives of global experts and decision-makers on significant risks that face the world.

Alistair Wilson, Zurich’s head of retail platform strategy, said: “Cyber threats are now among the biggest risks advisers face and they must remain vigilant against attacks aimed at stealing valuable customer data, defrauding clients of money or disrupting their business.

“While many adviser firms have robust security measures in place, now is the time to check they have kept pace with the rapidly evolving nature of online threats. The consequences of a breach could be devastating for both advisers and their customers.”

The financial impact of cybersecurity breaches is also on the rise, with the cost to businesses over the next five years expected to be £5.8trillion. Some of the largest costs in 2017 were related to ransomware attacks, which accounted for 64% of all malicious emails, said the 2018 global risks report.

He said:  “Cybersecurity risks are growing, both in their prevalence and in their disruptive potential. Attacks against businesses have almost doubled in five years, and incidents that would once have been considered extraordinary are becoming more and more commonplace.

“Adviser firms and platforms are likely to be prime targets for cyber criminals because of the large volumes of highly-sensitive financial information they hold about individuals.”

Mr Wilson added:  “The world’s increasing interconnectedness leaves all of us at risk of cybercrime.  Consumers will want the confidence that their financial information is protected.  Given the heightened dangers, we’re likely to see advisers investing more in cyber risk management over the coming year.”

The top five risks ranked in terms of likelihood in the 2018 Global Risks Report are:

More in this category: « Pension transfer values remained high in 2017 Financial Planner fights back against robo-advice »
back to top