Register for Financial Planning Today website for FREE to view more stories and get our daily newsletters. Click on 2 stories to see Registration pop up.
Friday, 19 January 2018 09:30 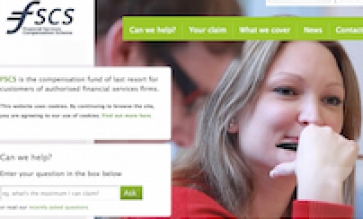 The compensation body is changing its financial year, hence the difference in the length of the levy period. The rise implies an even bigger increase over a 12 month period.

The levy proposal is included in the Financial Services Compensation Scheme's Plan and Budget for 2018/19. It outlines the scheme's expected management costs and initial levy forecasts that financial services firms will pay next year. The scheme will confirm the final levy in April.

The scheme has also to account for the introduction of a new 'single outsource partner' to handle the majority of FSCS claims in its 2018/19 plans. The new single partner will be announced shortly, says the FSCS.

FSCS management expenses, the cost of running the scheme and of paying claims, is set to be £72.7m, up £3.5m from this year. The scheme says the main driver for this is the higher cost of "enhancing FSCS resilience" as it increase the size of the revolving credit facility FSCS maintains with a consortium of banks in order to fund a seven day pay­out.

FSCS chief executive Mark Neale said: ''The Plan & Budget for 2018/19 we publish today bridges FSCS's current strategy, which concludes next year, and our strategy for the early 2020s which we expect to publish later in 2018."

"Our customer service is much enhanced, thanks to our investments in technology and process. We improved our value for money and the transparency of our reporting and there has been significant innovation in how we deliver our service. Awareness of FSCS protection is now at record levels and the legacy of the 2008 banking failures is now mostly resolved.

"FSCS is in a position of greater preparedness for future failures thanks to planning and testing work and we have become a more professional and resilient organisation. We are, in short, in good shape to face the challenges ahead. We very much welcome feedback on our plans for 2018/19."