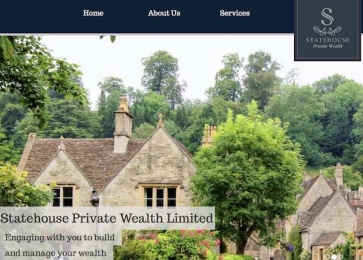 Financial Planning and wealth management firm Beaufort Group has set up a new appointed representative firm in partnership with a wealth manager.

Beaufort Financial (Swindon) will be led by Nick Cowen, principal of the Statehouse wealth management group and operate from offices near Royal Wootton Bassett, Wiltshire as part of a partnership between Beaufort and Statehouse.

Mr Cowen has a team of 10 helping him support private and corporate clients. Statehouse has over £150 million AUM and over 3,000 clients.

Mr Cowen said: "We have been working closely with Beaufort Group for some time and have made use of its outsourced admin, compliance, marketing and other services including its DFM, Beaufort Investment Management.

"We have big ambitions for our business, and having considered a number of options, we decided to take a stake in Beaufort Group and establish a hub in the Swindon area.

"We're looking forward to undertaking our journey and grow with Beaufort over the coming years."

Beaufort's executive chairman Simon Goldthorpe said: "We are delighted that Nick and his team have joined us; we've worked with him for a while and his firm is just the type that we want to partner with - ambitious and growing. We look forward to helping him and his colleagues expand their client proposition to grow the business in partnership with Beaufort Group."

More in this category: « 1 in 4 employers aim to educate staff on saving Chancellor puts IHT reform on his agenda »
back to top