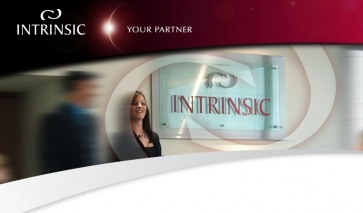 The Financial Ombudsman Service has upheld a complaint against a firm run by a Chartered Financial Planner about ‘unsuitable’ SIPP advice.

The client, referred to as Mrs W, complained she was given unsuitable advice by Leamington Spa-based Chartered Financial Solutions Limited, run by Richard McCaughan FPFS, an appointed representative of Intrinsic Wealth. The woman had initially asked for no advice and an execution-only transaction.

But Mrs W said the advice to transfer her pension into a SIPP exposed her to more risk than she wanted to take. The ombudsman ruled the client should be awarded compensation by Intrinsic.

Intrinsic was responsible for responding to the complaint, the FOS said, but Intrinsic disagreed with its findings. Intrinsic pointed out it had a signed letter from the client dated July 2010 to the effect that it was an execution-only investment and she had specifically asked for no advice.

Intrinsic said the SIPP provider (unnamed in the report) was responsible because it would have reviewed and approved the investment. The SIPP provider that would facilitate the transfer would not allow the transaction to be done directly by the client and so they had to appoint an adviser.

The FOS found that the adviser at Chartered Financial Solutions was “aware of the fund Mrs W intended to invest in and should have advised her against it, even though she specifically asked for no advice in this area”.

In her original letter of complaint, Mrs W confirmed the research into the investments had been carried out by her husband.

Intrinsic also argued against the complaint because the adviser’s suitability letter confirmed that Mrs W wanted to self-invest. According to the FOS report, he included guidance notes which confirmed he would recommend a mix of asset classes, and that the investment method Mrs W had chosen was a high risk strategy. Even with these warnings, Mrs W still went ahead.

Doug Mansell, the Ombudsman, said he took account of the letter Mrs W signed saying she did not want investment advice.

He said: “I didn’t dismiss it easily, if that’s what Intrinsic is suggesting. I was also conscious of what Mrs W had said about the research her husband had done in finding the Green Oil investment. But I didn’t think either of these factors was enough to justify the adviser recommending the switch into the SIPP.

“As set out in the FSA’s 2013 alert, the adviser had a duty to also take account of the investment that was to be used in the SIPP. And while the adviser did refer to the investment being high risk, I don’t think this relieved him of his duty to give suitable advice.”

He said it had not been an “execution-only” transaction – and that some financial advice was given.

He dismissed claims from Intrinsic that he had “not followed the current law.”

He said: “It’s not in dispute that the Chartered Financial adviser gave Mrs W advice about the SIPP. The established law, as well as the regulator’s rules, says advice must be suitable. As I’ve explained in my provisional decision, the question of suitability must include the investments to be used in the SIPP, as well as the SIPP itself.

“In my provisional decision I explained why the investment in Green Oil was inextricably linked to the advice Mrs W was given to switch from her pension plan into a SIPP.

“The only reason to recommend the switch was to facilitate the investment. So these can’t reasonably be separated.”

He added: “I also think my findings reflect the regulator’s views on this type of advice.”

Intrinsic must award ‘fair’ compensation to be calculated as set out by the FOS.