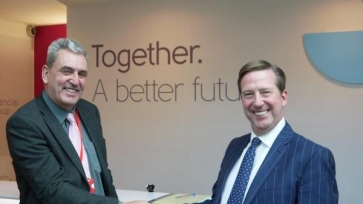 An IFA with 200 clients across England has sold his firm to expanding Financial Planner and wealth manager AFH Group for up to £738,000.

He cited the burden of regulation as one of the reasons he sold the firm, which has clients in London and the Home Counties, Manchester and South Wales as well as across Devon.

The acquisition is “expected to contribute an aggregate of approximately £410,000 per annum of revenue to the company whilst adding £55m of funds under management”, according to Bromsgrove-based AFH.

The deal involves an initial £362,280 cash payment, with instalments in cash over the next 26 months in two tranches, subject to performance. AFH was founded by Chartered Financial Planner Alan Hudson in 1990.

Mr White became an IFA in 1985 after a career in banking and insurance, and in 1989 set up his own business.

Mr White said: “With the increasing rigours of regulation, I knew I could better serve my clients if I had access to the wealth of experience and support that AFH offers.

”The important thing is to have my clients successfully, seamlessly transferred to a great new home. I know that as part of AFH I’ll be able to offer then an even better service.”

Mr Hudson said: "I am pleased to report our fourth acquisition of the financial year which further strengthens our presence in the Home Counties.”

For many years Mr White has supported Shine, the spina bifida and hydrocephalus charity, as well as Armed Forces charities.