Register for Financial Planning Today website to get our daily newsletters. Click on 2 stories to see the Registration pop up.
Tuesday, 27 March 2018 10:13 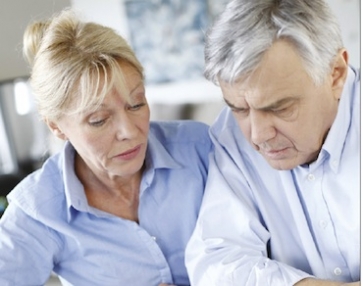 FCA plans to ban contingent charging on pension transfers have been broadly welcomed by industry experts.

Yesterday the authority mooted the idea in a new discussion consultation, in a bid to curb potential conflicts of interest. The FCA wants views on a potential ban on DB pension transfer advice which is advice contingent on the transfer going ahead.

Kay Ingram, director of public policy at national IFA LEBC, said: “We would support a ban on contingent fee charging for this advice.

“We cannot escape the conclusion that a contingent fee structure must inevitably bias the advice in favour of recommending a transfer.

“We believe that all advice should start from an impartial standpoint and needs to take full account of individual circumstances.

“For this reason we would not agree that advisers should assume a transfer is unsuitable, even if in a majority of cases it may well be.

“The consumer is paying for impartial expert advice which takes all of their circumstances into account and that is what they should receive with no bias towards transferring or remaining in the scheme.”

While Justin Corliss, pensions expert at Royal London, said: “It is clear that the FCA has been scarred by the British Steel experience.

“They have found too many cases where scheme members were given unsuitable advice to feel confident that now is not a time to alter the starting assumption.

“It is quite right to insist that all advice on transfers must be based on a personal recommendation – transfer advice should never be done in bulk, but must always be based on the individual circumstances of the member.”

Mr Corliss said it was “worrying” that changes were not coming quickly enough.

He said: “If there are examples of poor practice in the transfer market, these need to be addressed as a matter of urgency,” he added.

But Claire Trott, head of pensions strategy at Technical Connection, said the issue was more complex and she defended being able to “access advice using various payment methods.”

She said: “One section of the consultation focuses on charging for transfer advice, which tends to split the industry.

“Some are all for contingent charging remaining an option and some can’t see that it could be good for anyone.

She added: “When I was a pension transfer specialist about 13 years or so ago, we worked on a partial contingent charging basis, a small upfront charge and then a percentage charge when if we recommended the transfer.

“We were an introduced business that dealt with the transfer fully and then passed the client back to their adviser once the transfer had concluded and investments put in place, or if we advised not to transfer.

“In both cases a suitability report was provided and two fully qualified transfer specialists were part of the advice.

“I didn’t then and still don’t now believe that we were conflicted because we were paid more if the transfer proceeded.

“We are professionals and we wanted to do the right thing for the client. I was also salaried so I had no conflict to worry about.”

Ms Trott did concede, however that “there have been horror stories” in previous cases.