Register for Financial Planning Today website for FREE to view more stories and get our daily newsletters. Click on 2 stories to see Registration pop up.
Thursday, 29 March 2018 10:30 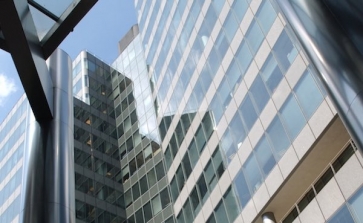 Experts have reacted to concerns in an FCA report, which warned those who choose to take pensions drawdown without advice risk financial “harm”.

The FCA looked into whether firms were providing necessary information to customers to make informed decisions, when accessing retirement benefits and when reviewing whether their drawdown pension continued to meet their needs.

The report said firms were “broadly meeting their obligations to communicate clearly with customers”, but warned that “some customers appear not to be fully engaging with the information and are therefore potentially putting themselves at risk of harm.”

Reacting to the report, Malcolm McLean, senior consultant at SIPPs provider Barnett Waddingham, said: “It is reassuring to note the FCA has concluded that firms are in the main meeting their obligations to communicate clearly with customers and are providing the necessary information for them to make informed decisions about their retirement options.

“There were some exceptions where firms in the sample were not fully meeting the requirements and agreed actions are to be followed up by FCA.

“Rather more worrying, however, is the revelation that some customers appear not to be fully engaging with the information and are potentially putting themselves at risk of harm.

“One example given is the tendency for customers to take the Pensions Commencement Lump Sum without any clear plan on how to draw down the rest of the money in their fund.

“It is not clear what, if anything, the FCA proposes to do about this – other than use the findings of this review to help inform its wider Retirement Outcomes Review report later in the year.

“With more and more people turning to drawdown since the introduction of pension freedoms three years ago, this has to be an area of real concern.

“Drawdown is inherently a complex area in which consumers will often need help in choosing their options and managing their money throughout their retirement.

“The FCA needs to keep its eye on the ball and continue to monitor the situation carefully going forward.”

Andrew Tully, pensions technical director at City-based Retirement Advantage, said: “Many more people are choosing to go it alone but with this ability to dip into your pension like a bank account comes with many new risks including paying too much tax on withdrawals, being scammed out of your money, taking on too much investment risk and running out of money before you die.

“Income drawdown is now the default option to generate retirement income as people prefer flexibility to the guaranteed lifetime income that an annuity will provide.

“This option should come with its own set of health warnings including the risk that you can lose money as stock markets can go down as well as up over the course of your retirement.

“Drawdown also introduces the danger of withdrawing too much from your pension.

“You can combine income drawdown and an annuity to get the best of both worlds.”

He added: “Official data shows many people are choosing the path of least resistance and simply buying from their existing pension provider, without taking advice or shopping around.

“Freedom and choice has introduced a whole new layer of complexity which only serves to create confusion, so seeking guidance, and ideally getting proper regulated financial advice, will help to ensure your retirement dreams do not turn into a nightmare.”

He said: “The need for default investment pathways in non-advised drawdown to ensure good outcomes for savers is now clear.

“The FCA suggested this as a customer protection measure in the interim report of the Retirement Outcomes Review and we believe they should now follow through on that in their final report.”

He added: “In the future, the PLSA would like savers to benefit from a decumulation process that supports them in making good decisions throughout the course of their retirement.

“In particular we need to learn from the success of automatic enrolment and the power of defaults while still preserving retirees’ freedoms to act as they wish.”

More in this category: « AJ Bell ordered by Ombudsman to make payout MAS to focus on workplace advice in its final year »
back to top