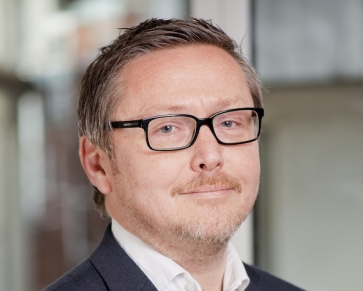 A leading pensions administrator has called for “reinvention” in the sector to prepare for the future.

Trafalgar House said pension providers need to focus on using the best tools already at their disposal in order to thrive in the future.

The City-based firm called for “action now”, rather than waiting for a “new era of technology.”

“It allows us all to aim for lower operating costs and increased efficiency, but it also brings a level of fear and distrust about cost outlay and the impact on staffing - as well as a reticence to act now before the perceived new era of technology is introduced.

“However, it’s no longer realistic to bury your head in the sand, instead it’s time to be proactive and prepare your team for the new world that’s already here.

“Steve Jobs didn’t devise the revolutionary technology behind the iPhone, but rather he took the best core elements already available and proactively, with vision and masterful skill, knitted these into a breakthrough and life-changing piece of technology.

“Similarly, the solutions for many of the industry’s ills already exist, just waiting for us to masterfully apply them - so there is no need to reinvent the wheel.”

He added: “Pension administration providers don’t need to wait to become redundant or for AI to advance.

“With ever-changing and improving technology there is an increased demand, and indeed expectation, for immediacy and range.

“But this shouldn’t be feared, as with foresight and investment we can deliver the speed and choice our customers need.

“Automation done well is an unrivalled way of improving efficiency, but poor automation is worse than no automation at all.

“Technology for automating calculations has existed for decades, but it can still be used so much more effectively.

“Embracing and perfecting the basics now is the only way we can thrive with AI as we move into the future.”

More in this category: « MAS to focus on workplace advice in its final year Companies under fire over DB pension schemes axe plan »
back to top