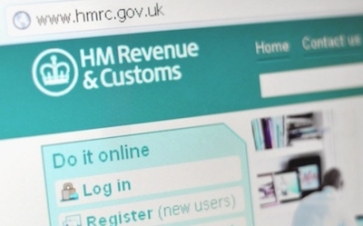 Hargreaves Lansdown has commented on revelations that 129 footballers are being investigated by HMRC over tax avoidance schemes, saying there are better ways to avoid paying tax.

The firm was referring to stories in the national press, which claim more than £250m worth of investments in tax avoidance schemes were made by football stars, sparking an investigation by HMRC.

Hargreaves Lansdown says anyone who has taken advantage of the schemes may end up repaying 70% of their original investment, in addition to interest and fines.

It means they are likely to repay close to what they put into the scheme.

Sarah Coles, personal finance analyst, Hargreaves Lansdown said: “Over the years HMRC and tax scheme designers have been playing something of an end-to-end game, as the tax rules leave an open goal, so tax scheme designers put in 110% effort to take a shot at tax avoidance.

“HMRC realises its schoolboy defending is losing it millions of pounds, so it closes down the opposition, tackles the scheme, and equalises.”

“In this instance the tax avoidance scheme cashed in on tax breaks for films.

“HMRC removed the tax advantages, and challenged film schemes it deemed were set up specifically to avoid tax. It’s part of enhanced anti-avoidance activities in recent years, which between 2010 and autumn 2017 have brought in an estimated £160 billion in tax.

“Those who tried to take advantage now face paying the tax, interest and fines.”

She added: “However, you don’t have to bend the rules to avoid paying tax.

“You just have to stick to tried and tested blue chip planning, and take advantage of rules that have been set up specifically to enable you to save money.

“As any footballer knows, play a clean game and you don’t have to worry about facing penalties.”

A spokeswoman for HMRC told Financial Planning Today: “Tax avoidance doesn’t pay. Most schemes simply don’t work – and people can end up paying more than they were trying to avoid in their misguided attempts to save money.”

Hargreaves Lansdowne highlighted a number of other ways to save money on tax, without falling foul of HMRC, including ISAs, SIPPs, participating in company shares schemes and using various allowances.

More in this category: « SIPPs firm celebrates 25 years as assets exceed £2.5bn ‘Emergency’ as women in drawdown £47k worse off »
back to top