Register for Financial Planning Today website for FREE to view more stories and get our daily newsletters. Click on 2 stories to see Registration pop up.
Wednesday, 11 April 2018 11:17 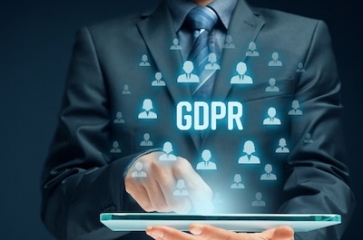 A significant chunk of advisers have so far failed to learn enough about major changes to data protection law set to come into force soon.

That was the conclusion of research by Intelliflo, regarding the advent of General Data Protection Regulation.

The EU rule changes are to kick in on 25 May.

While laws on data protection law are nothing new, the GDPR extends and bolsters what companies must do, raising the bar in certain respects, giving consumers the right to know much more about how their information is used and stored. Crucially, firms could face heftier fines and punishments for non-compliance.

During mid-February to early-April 2018, 245 users of Intelliflo’s Intelligent Office (iO) suite of business management tools completed a survey testing their knowledge about the new regulation.

The results showed just under a quarter (24%) were still at the ‘Rookie’ stage, scoring between 0% and 59%.

Rob Walton, Intelliflo’s chief operating officer and chair of the Intelliflo GDPR Working Group, an industry group set up in 2017 and which represents around 2,000 UK-based advice firms, said: “The message about needing to take action to comply with the GDPR is definitely getting through to advisers.

“Last September we found that around 9% weren’t even aware of the new regulation. The knowledge survey shows that around 99% now do know about it and the majority are taking steps to increase their understanding of the regulation, although there’s still plenty of scope for improvement.”

Intelliflo is working with Brookland Computer Services, a specialist technology solutions and advisory firm with 20 years’ experience in this area, to run a “detailed readiness assessment” to help Intelliflo users identify areas needing attention in their businesses.

Tamsin Caine CFP, head of Financial Planning at Smart Financial in Altrincham, said: “I think that GDPR will prove to be the greatest challenge for Financial Planners this year. While MiFID II has been more immediate, the changes being introduced under GDPR are considerable and will involve a lot of preparation.”

More in this category: « Restricted advice firm becomes ‘truly independent’ Later life planning advice on the up, say lawyers »
back to top