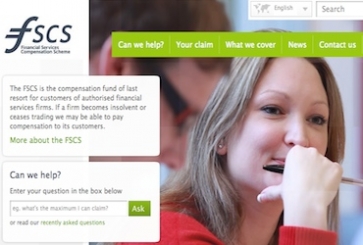 Thirty-four complaints have been made against the liquidated advisory firm at the heart of the British Steel Pension Scheme story.

The Financial Services Compensation Scheme confirmed it has received the complaints from ex-Active Wealth UK clients.

It was one of the nine advisory firms involved in British Steel Pension Scheme pension transfers.
The FSCS has made no payments to date regarding Active Wealth UK, officials said. It announced it was preparing for the voluntary liquidation of Active Wealth (UK) Ltd in February.

The organisation said that at this stage “we don’t have any estimates as to what the eventual claims might amount to”.

It was revealed in February that more than 150 complaints have been lodged with The Pensions Ombudsman relating to the British Steel Pension Scheme.

The Ombudsman reported then that it was investigating a group of complaints about transfer values. Officials said they anticipated further complaints regarding the expected BSPS transfer into PPF.

The PFS says in response to the Work and Pensions Select Committee BSPS report that the debacle now risks hitting the good name of all financial advisers and says “a more balanced and objective review is required to ensure the public are not dis-served by reckless statements.”

PFS chief executive Keith Richards said: “The committee must not ignore the underlying root cause of the problems faced by thousands of British Steel workers, who were forced into making unqualified and very emotional decisions within a completely unreasonable deadline.”

According to the FCA register, Active Wealth UK has been run by Darren Antony Reynolds from an address in Gipsy Lane, Willenhall, West Midlands. The firm was registered from September 2014. The FCA said in February that while the firm was now in liquidation, it remained authorised. It had stopped taking on new business but had to continue to meet the FCA's standards in dealing with customers, the register states.