Register for Financial Planning Today website to get our daily newsletters. Click on 2 stories to see the Registration pop up.
Wednesday, 02 May 2018 12:36 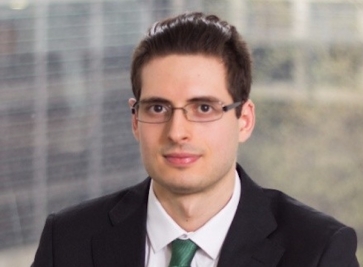 City worker Davide Buccheri was jailed yesterday for harassment after uploading photos of a colleague from her social media account to an adult website when she spurned his advances.

Westminster Magistrates heard how he carried out an eight-month campaign of harassment between September 2016 and May last year after she declined an offer of a date with him.

The 25-year-old created a gallery of the victim alongside edited pornographic pictures of other women of a similar build and uploaded them to the X-rated website.

This gave the impression the victim and the images of the models were the same person when they were not.

He then alerted M&G management to the photos on the site in an attempt to get her into trouble at work.

He was convicted of one count of harassment last month and was jailed yesterday for 16 weeks.

The court also made a restraining order forbidding him from contacting the victim.

A spokeswoman for M&G Investments told Financial Planning Today: “We are pleased to hear that this distressing case has ended with a conviction.

“M&G does not tolerate harassment of any kind, and we have very clear processes for identifying, investigating and resolving any issues which arise.

“We would like to thank the City of London Police, with whom we have worked closely to help bring the individual involved to justice.

“We are continuing to support the M&G staff involved in this case.”

She added: “Our HR policies and process worked as they should in this case.”

Aimee Emby, from the Crown Prosecution Service, said: “This was a sustained campaign of harassment against a young woman beginning her career in the financial services industry.

“Not only did Buccheri’s actions cause this victim considerable distress and anxiety, his denial of guilt forced her to relive her ordeal.

“I hope this conviction provides the victim with some measure of comfort and gives other victims of harassment the confidence to come forward.”