Register for Financial Planning Today website for FREE to view more stories and get our daily newsletters. Click on 2 stories to see Registration pop up.
Tuesday, 15 May 2018 08:51 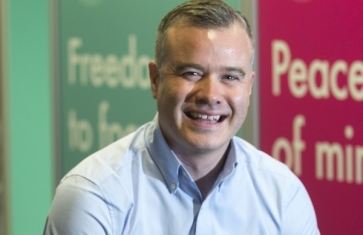 Murphy Wealth, a Glasgow-based firm of wealth advisers, is planning to double in size in the next year and launch a graduate programme.

The firm, founded in 1977 by current chairman Brian Murphy and now run by son Adrian, has increased its headcount by five to 15 in the past year.

The company is shortly to sign the lease on more office space in Glasgow city centre which will be developed into a collaborative space for the firm and its clients. There will be space for up to 30 employees to accommodate growing business.

Murphy Wealth is also launching a graduate programme with Glasgow Caledonian University, in collaboration with its investment and risk department, with the aim of attracting new talent, the firm says.

In the past 12 months the company has invested in its client service to place a continued focus on supporting entrepreneurs and the owners of growing businesses.

The company launched its Simply Wealth app to help individuals take more control of their assets and also made changes to its fee structure, opting to switch from a percentage charge to a “more transparent” fixed fee model. It believes this approach is relatively unusual for a business of its kind.

Adrian Murphy, managing director of Murphy Wealth, said: “Murphy Wealth has achieved a lot in the last twelve months, and the business has gone from strength to strength as we continue to build and develop our presence in Glasgow.

“Much like the forward-thinking, enthusiastic people we advise and work with, we have great ambitions of our own for the company’s future and strive to do things differently from other organisations of our kind. Our drive has been underlined by the recent investments we’ve made into the business, illustrated by the launch of our app and change in pricing structure, both of which have had an extremely positive impact on the company’s growth.

“We want to keep things as simple and straightforward as possible for our clients, and are moving away from what’s considered normal practice in our industry. While we’ve noticed a lot of consolidation between companies in our marketplace, it’s not something Murphy Wealth is looking to replicate. We’re a dynamic firm, committed not only to advising, but growing and collaborating alongside our clients at whatever stage they’re at in their business’s lifecycle.

“Over the next few months, we look forward to making more exciting changes, from an office move as we anticipate further increases in employee numbers, to launching some new initiatives in the very near future which are different for our business.