Register for Financial Planning Today website for FREE to view more stories and get our daily newsletters. Click on 2 stories to see Registration pop up.
Friday, 25 May 2018 12:01 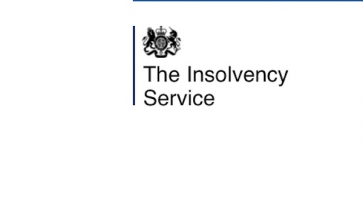 A married couple who were directors of an IFA company have been disqualified for taking assets from an insolvent company.

Kevin Gerald Neal, and his wife, Cheryl Neal, have been banned from acting as company directors for six and four years respectively, due to their "blatant" misconduct in Kevin Neal Associates Wealth Management LLP (KNAWM).

The company had been incorporated to take over the wealth management business of a previous company, Kevin Neal Associates Limited, which went into compulsory liquidation on 1 July 2013.

By a deed poll and declaration, signed by both Kevin and Cheryl Neal on 8 April 2011, KNAWM became liable, amongst other liabilities, for any award of the Financial Ombudsman Service against Kevin Neal Associates Limited.

By May 2014, at least six decisions by the Financial Ombudsman Service, totalling at least £573,274, had gone against Kevin Neal Associates Limited and KNAWM.

The company’s previous insurer refused to settle the claims and the FCA had altered Hitchin, Hertfordshire-based KNAWM’s permissions to ensure that it did not transfer away assets without its permission.

However, these transactions were to the unreasonable risk and ultimate detriment of other creditors who either submitted claims in the liquidation of Kevin Neal Associates Limited or were included within the Statement of Affairs.

The Secretary of State accepted disqualification undertakings from Kevin Gerald Neal and Cheryl Neal on 10 May for periods of six and four years respectively and they are effective from 31 May.

The disqualifications prevent Mr and Mrs Neal from directly or indirectly becoming involved, without the permission of the court, in the promotion, formation or management of a company or limited liability partnership for the duration of their bans.

“Mr and Mrs Neal plainly acted to improve their position, once the partnership was insolvent, while failing to honour either the prior decisions of the Financial Ombudsman or the protections put in by the FCA, specifically to stop such actions.

“Such conduct will invariably lead to disqualification.”

The IFA was previously sued by former client and ex-England and Newcastle United footballer, Alan Shearer, in a case settled out of court.

More in this category: « New website to help millennials engage with finance Top planners to reveal successes and failures at event »
back to top