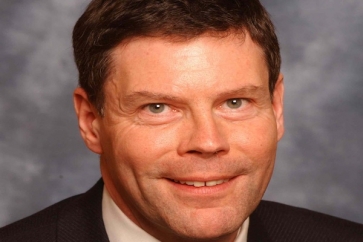 Sir Hector Sants’ appointment as chair of the Single Financial Guidance Body has been welcomed.

The Department for Work and Pensions announced Sir Hector’s appointment yesterday, following the earlier release of the information on a Cabinet Office webpage.

The DWP said Mr Sants would be working a 21-hour week which “will be reviewed once the organisation is in a steady state.”

Welcoming Mr Sants to the role, Work and Pensions Secretary, Esther McVey, said: “Consistent with the Public Appointments Code and following a fair and open competition, I welcome Sir Hector Sants as the first chair of the Single Financial Guidance Body.

“He will play a pivotal role and lead on improving financial capability across Great Britain.

“Sir Hector brings with him vast experience and knowledge from across a range of private and third sector organisations, including how best to support people with problem debt and build wider financial capability.

“I and my department look forward to working with him.”

He said: “Warmest congratulations to Hector on his appointment.

“Hector has been a committed member of the Financial Capability Board, and we have appreciated his support over the years for financial capability and our work at the Money Advice Service.

“I look forward to working with him as we hand over the reins to the new single financial guidance body. It is great to know that it will be in such capable and committed hands.”

Sir Hector Sants said: “I am delighted to be appointed chair of the Single Financial Guidance Body.

“This is an important leadership role with two key challenges.

“In the short-term the dissolution of the three existing Government sponsored guidance providers and the transition to a single financial guidance body, longer term the new organisation has the opportunity to materially help people better manage their money and in consequence enhance their wellbeing.

“I look forward to working with the new board and the executive team to take forward this exciting and important mandate.”