Register for Financial Planning Today website for FREE to view more stories and get our daily newsletters. Click on 2 stories to see Registration pop up.
Tuesday, 05 June 2018 08:30 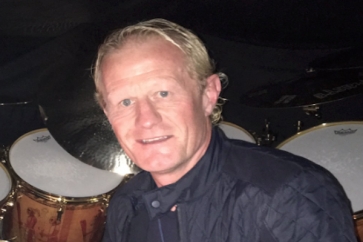 An ex-professional footballer whose team won the Premier League has called for compensation if wrongdoing is proved in a probe into an alleged HNW fraud.

So far four men have been arrested in relation to the activities of London-based Kingsbridge Asset Management, a firm which targeted over wealthy individuals including top flight footballers.

The company ceased trading in 2010, but it is believed there may be hundreds of victims of the fraud, which often involved offers of a substantial reduction in tax bills in return for investment into the schemes.

Police arrested a 60-year-old man in Alicante, Spain, on 30 April, following earlier swoops on three men in the UK by Fraud Squad officers, which saw a 60-year-old man from Blackburn and two men aged 61 and 38, from Nottinghamshire, held on suspicion of conspiracy to defraud.

It is believed 130 professional soccer stars could have lost money as a result of the scheme which offered investments in film projects and other sectors. The Financial Services Compensation Scheme has already paid out over £500,000.

Over the weekend the first of them, Scotland legend Colin Hendry, who won the Premier League in 1995 with Blackburn Rovers and a domestic Scottish treble with Rangers in 1999, spoke out.

The retired star, 52, who also played for Manchester City, told the Scottish Daily Record: “I’ll want compensation if anything is proven.

“I’ve had a massive disservice done to me financially and advice-wise.

“You employ somebody to give you advice financially, then you put all your trust in that person.

“So when you end up bankrupt because of that, then how does that happen?”

This week City of London Police told Financial Planning Today so far there had been no charges in the investigation.

Detective Superintendent Perry Stokes, the senior investigating officer for the case, said: “We are encouraging anyone who believes they are a victim or anyone who has information about Kingsbridge Asset Management or companies associated with it, to come forward.

“We are aware that there may be many people impacted by the activities of this company and it is vital that those affected come forward so their voices are heard and we are able to support them and provide the advice that they may need.”

Alternatively reports can be made to Action Fraud on 0300 123 2040 or through the UK Police Major Incident Public Reporting Site.

More in this category: « Punter Southall Aspire completes acquisition of IFA PFS PowerLive event gets under way in Midlands »
back to top