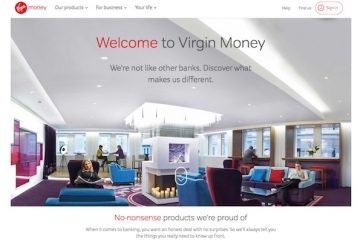 Virgin Money has been bought by the owner of Clydesdale Bank and Yorkshire Bank in a £1.7bn deal, creating a combined customer base of 6m people.

CYBG, whose firms offer a number Financial Planning services, said the company would be a leading force in banking "disrupting the status quo and championing customer service excellence".

Virgin Money says on its website that “Unfortunately Virgin Money does not currently offer a financial planning service” and refers people to unbiased.co.uk. This could change if it adopts services from other parts of the enlarged business.

The new firm will be the UK's sixth-largest bank and CYBG said it had agreed to keep the Virgin Money brand.

Virgin Group is Virgin Money's biggest shareholder with a 34.8% stake in the business.

CYBG said the combined group would have around 9,500 employees but it intended to reduce that total by about one-sixth, suggesting about 1,500 jobs would go.

It said some of those job losses would be achieved “via natural attrition.”

Virgin Money, which was founded in 1995, expanded its business in 2011 when it bought what was left of Northern Rock for £747m.

CYBG said the takeover would “bring together the complementary strengths of two successful challenger banks to create the UK's first true national competitor to the large incumbent banks.”

David Duffy, chief executive of CYBG, said: “The combination of CYBG and Virgin Money will create the first true national competitor to the status quo in UK banking, offering a genuine alternative for consumers and small businesses.

“By combining two of the UK's leading challenger banks, we will create a national, full service bank with the capabilities needed to compete effectively with the large incumbent banks.

Jayne-Anne Gadhia, chief executive of Virgin Money, said: “This is a compelling deal for our shareholders, that accelerates value delivery and represents the beginning of the next chapter of the Virgin Money story.”

More in this category: « England comes third in pensions 'World Cup' Fines are just one tool to tackle misconduct - FCA »
back to top