Provider urges Govt to exempt pensions and ISAs from IHT 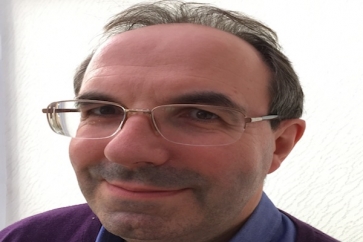 SIPP and platform provider AJ Bell has called on the Government to exempt pensions and ISAs from Inheritance Tax as part of a drive to “simplify” UK savings.

The firm highlighted what it called “arcane HMRC rules.”,

AJ Bells says these force most providers to exercise discretion over how death benefits were paid out because, where discretion is not used or a pension is transferred or contributions increased while someone is in serious ill-health, the money left behind is subject to IHT.

But the firm said using that discretion could lead to “significant delays” in making payments, while all the necessary information is gathered and the process can be costly.

Cases where transfers were made in ill-health, and therefore potentially liable to IHT, were described as “particularly difficult”, because providers were forced to withhold an amount equal to the potential IHT liability until the estate had been settled.

Providers do this because HMRC has the power to pursue scheme administrators for any unpaid IHT, but AJ Bell says the process “regularly adds unnecessary delay and uncertainty for people who are often in emotional distress.”

Peter Hopkins, technical director at AJ Bell, said: “Rules effectively forcing pension providers to apply discretion to shield savers from IHT are from a bygone era and need to be revisited.

“Almost everyone assumes pensions are always IHT-free and that funds automatically go to the beneficiaries they’ve chosen.

“Few realise that pensions are only free of IHT if providers go through a discretionary process resulting in delays and costing money that would otherwise go to the bereaved.

“The Government could remove these costs at a stroke by exempting all pension death benefits from IHT, including those paid without discretion.

"It makes no sense for schemes to second guess nominations solely to avoid IHT.

“This is an anachronism that doesn’t fit pensions in the 21st century.”

He added: “At the same time, the Government should consider making ISA exempt from IHT so there is one simple set of IHT rules covering long term savings whether they are in an ISA or pension tax wrapper.”